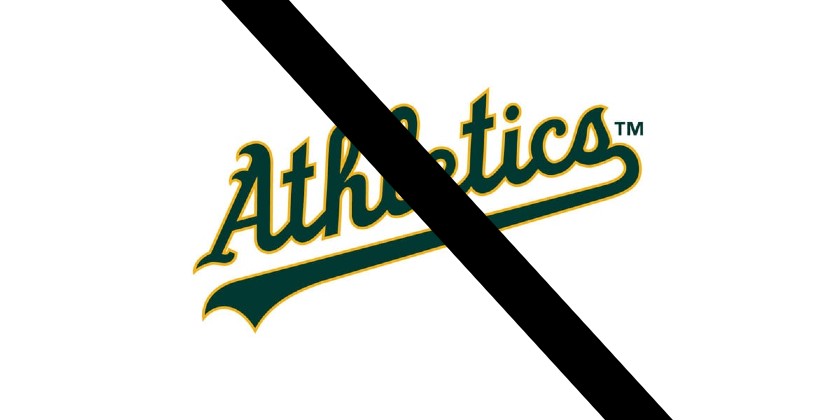 The Oakland Athletics Have Been Ruined

I am writing this piece not as an objective observer but as a life long, passionate fan of the Oakland Athletics. It doesn’t bring me joy to have these thoughts let alone share them but I am certain that I echo the thoughts and disappointments of many in this once vibrant and loyal fan base. The Oakland A’s have been ruined.

The fault does not belong to the players or the coaches or even the general manager — they are burdened with a life under a horrible regime. The fault lies plainly on the shoulders of two men: Dave Kaval (A’s President) and John Fisher (A’s majority owner). These men, and whatever close confidants remain in their depleted front office, have committed a litany of missteps and blunders all while trying to sell dedicated fans a bill of goods about their commitment to Oakland.

These men are not shrewd businessmen nor are they clever strategists. They are prime examples of Peter Principle ineptitude who have painted themselves into a corner they don’t know how to escape. Whether it was a season with no radio broadcasts, the cancellation of season tickets, the infuriatingly complicated rollout of their “Flex” program, the premature announcement of the Laney College site for a stadium, the threats to move to Las Vegas, the inability to re-sign Semien, or the recent revelation that season tickets would be increasing in cost by 50-80%, the people in charge of the A’s as a business have many more strike outs than home runs.

When Kaval was first hired with Oakland, I wrote about the optimism he brought to the organization and hoped that the team was turning away from the era that preceded him. When I interviewed him this season, shortly after the announcement of the Las Vegas exploratory endeavor, my feelings had turned. There was a shift in his tone. He no longer tried to build up the A’s and sell me on his vision of the future, he was now sharp tongued, short of patience, and adamant that he knew better than anyone how to handle the fans. His Twitter mentions, Instagram comments, and attendance at the park would suggest otherwise.

The Dave Kaval who would personally see to it that your hot dog was delivered to your seat and who responded to seemingly every fan who tweeted at him is now rarely on the platform, save for the occasional “ducks on the pond” tweet. I understand how much it must suck to open the app and see hundreds of tweets complaining about you or your business but that’s the job he signed up for and he set the precedent with his early accessibility.

The thing is, though, this shroud of secrecy is only playing against him. After the 2022 season ticket prices were made public, Twitter was rife with conspiracy theories about the motivation behind the increases. Every fourth person on Twitter was the first to tweet “Viva Las Vegas” or post an Elvis meme but the fact of the matter is, like I said, these are not clever strategists concocting some elaborate scheme to get what they want.

Earlier in the 2021 season, MLB and the Oakland A’s announced that they would be searching various alternative cities for Oakland to build a stadium in. This was, of course, concurrent to Kaval’s claims that “there was no plan b”. The people of Las Vegas are quick to excite and the fans in Oakland are quick to recoil in sadness but there is no way it’ll ever happen.

First off, MLB wants to expand and there just aren’t very many cities that make sense for expansion. Moving the A’s (and the Rays for that matter) would take two of the potential expansion cities off the map. Estimates for expansion fees range from $1.5-2.2 billion. That’s billion. With a b. If you think the commissioner of baseball is going to turn away a potential windfall of $4.4 billion just to get Oakland and Tampa Bay a new stadium, you haven’t been paying much attention to the league’s business practices.

Secondly, it requires a vote by the entire league to relocate a team. Moving the A’s to Las Vegas would clump five teams (LSV,ARI,SDP,LAD,LAA) within a very small geographic area. Of course, that will be the case eventually when a team is created in Vegas but moving Oakland would allow the Giants to have the largest territory of any single team in baseball. There is no way that the other teams, particularly in the National League, are going to let the Giants become the most powerful team in baseball.

Thirdly, the development in Las Vegas directly contradicts the vision that Kaval and team are very deeply devoted to. Knowing that we can’t take Kaval at his word, take this argument with a grain of salt but the entire point of the Howard Terminal development was to become the centerpiece of a vibrant, urban, downtown. None of the potential locations in Nevada that have been mentioned in the press fit that bill.

MLB is using the A’s stadium search as a means to collect viability data and lay the groundwork for future expansion. That’s it. The A’s aren’t scouting for themselves, they’re scouting for the league and they’re happy to do it because it also allows them to apply pressure on city and county officials who actually believe this threat is legitimate.

There are several other reasons a relocation to Las Vegas seems wildly unlikely but these three should set Oakland fans at ease that their chances of moving are smaller than their chances at a 2021 World Series ring. So, why then does the team seem hellbent on keeping fans out of the park?

Some conspiracy theories online suggest that the A’s are attempting to tank attendance to the point that they can make an argument for relocation. It’d be a fair argument if, 1) these were clever strategists and shrewd businessmen and 2) if that had any real bearing on relocation at all. If everything I wrote about is wrong and the relocation is very much in play, the team already has the Commissioner’s approval. They’d still need the votes from the teams but they don’t need to “make an argument” based on attendance. The fans don’t get a vote in the matter so it doesn’t make any difference if they have five million fans or five thousand fans.

My theory is simple and goes back to the corner I mentioned earlier. During the pandemic the team laid off much of their staff. Their front offices are woefully understaffed and they simply can’t handle the demand and maintenance of a season ticket program. They have to offer something, of course, so they jack up the prices so that most people balk and the few who actually do buy tickets will be able to be managed by a much smaller crew who will also, probably, have to sweep floors and sell hot dogs next year.

Kaval is on record repeatedly — in virtually every interview he’s done over the last 18 months — stating that the Oakland Coliseum has outlived it’s usability by a decade but now he’s charging 50-80% more to see a game there? Why would anyone do that unless they are hoping to limit the appeal of the program? This team was never known for having the largest STH numbers in the game but at these increased prices, they can lose a lot of people but not lose a reflective amount of money. Who would want to pay more and receive less?

The A’s have some amazing players, one of the most respected managers in the game, and a GM/VP in Forst and Beane that every team in baseball would gladly take. What those people can produce under the horrible, misguided, and inept leadership of their front office is amazing but there are levels of success and the ultimate success will never be achieved under the stewardship of Dave Kaval or John Fisher.

If MLB is truly using the A’s as scouting agents for a future Las Vegas team, when their usefulness has expired, MLB should seriously consider forcing a sale of this team. Fisher is bad for baseball and MLB needs to stop giving him a free pass to mediocrity simply because he’s smart enough not to fire Beane, Forst, and Melvin.

There are many reasons the 2021 season has been a tumultuous one for A’s fans. As I write this, their loss to the Mariners essentially sealed the fate of this season but the players never stopped giving their all. Management and coaches never stopped giving their all. The GM’s office never stopped trying to build a competitive team within the constraints they’re placed under. The only people who have given up on this team are Dave Kaval and John Fisher. They’re not interested in the sport or the fan experience, only the money but the best bosses know that investing in the sport and the fan experience is how you go from making decent money to printing money in your garage. They need to go. Show them the door and never welcome them back again because the A’s have been ruined for a lot of very loyal fans and that should be a shame that weighs heavy on both of these men every single day.