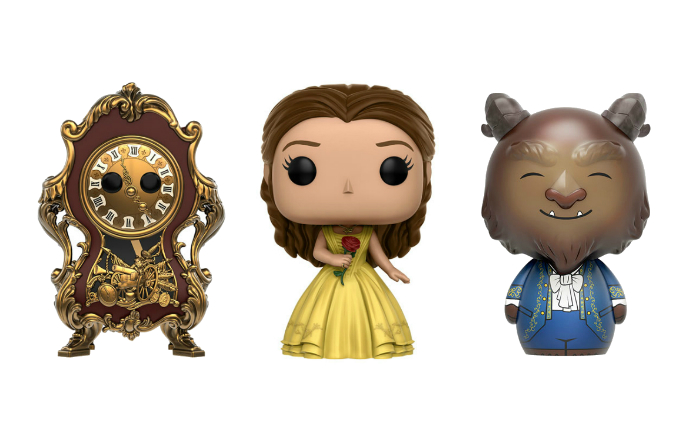 Beauty and the Beast are Coming to Funko

Prior to the March, 2017 release of Disney’s Beauty and the Beast film starring Emma Watson, Funko is adding figures to many of their popular toy and collectible lines.

The Funko Pop figures are included in the Disney line, not the Movies line, and include the following characters. Figures 243, 248, 249, and 250 are exclusive to Hot Topic, Barnes & Noble, Walmart, and FYE respectively.

The detail in some of these figures is truly impressive for the Pop line and will be a stark contrast to the figures released to commemorate the animated film that preceded this version.

As for the Funko Dorbz, which are branded as Beauty and the Beast, there are some chase figures as well as retail exclusives to track down. The chase figure, number 265, is limited to 1 in 6. The characters included are as follows:

With the exclusion of some of the anciliary characters like Gaston, Belle’s father, and Le Fou, it would come as no surprise if more figures were forthcoming, especially if the film is a box office success.

To round out the Funko offerings, two different Belle keychains will be released and three different sets of Mystery Minis will be available, one being a Hot Topic exclusive and one being a Walmart exclusive.

The Mystery Minis sets do feature some crossover figures that appear in each set but there are enough variations, including a Wardrobe figure only available at Walmart, that collectors will likely be on the hunt for all three sets.

All of these figures are available now wherever you purchase your favorite Funko lines.