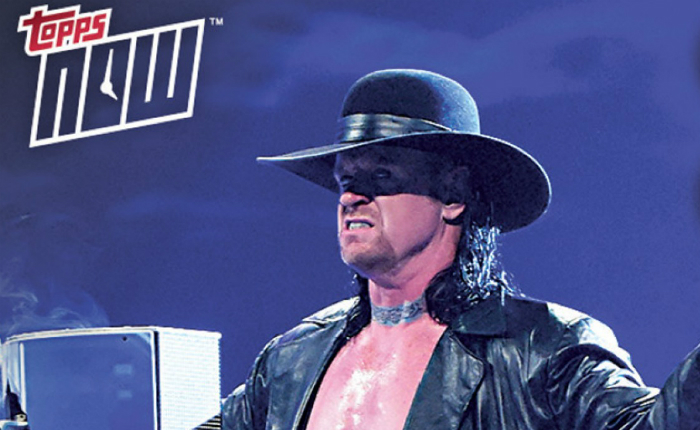 Shawn Michaels may be Mr. WrestleMania, but to many, the April event-of-the-ages is The Deadman’s territory. After holding the greatest streak — 21-0 — in all of professional sports (easy everyone, it’s just a joke), Undertaker has returned to win his last two Mania matches.

His most recent was a surprisingly good show against Shane McMahon and the year prior to that was against The Eater of Worlds, Bray Wyatt. Fighting the Undertaker at Mania is something almost any wrestler would die for. John Cena has mentioned that it’d be an honor and Sting has even said he’d want to take part in a match. On this list, however, I’ve left Cena off because it’s an obvious choice and Sting isn’t (and more than likely won’t be) cleared by WWE. Also, I kept AJ Styles off because I’ve already covered that potential match here.

Even with rumors floating that Undertaker’s match will be against a member of Raw, I’ve included SmackDown wrestlers as well. Enjoy.

Raw hinted at Strowman and Taker when they showed Strowman taking an interest in the promo The Undertaker delivered announcing he was going to be entering the Royal Rumble last week. This made it apparent that WWE was potentially testing the waters and looking for a fan reaction.

I personally think the match would be boom or bust. Strowman would be a formidable opponent due to the push he’s been receiving from Vince and the rest of the writers, but the who would take the bumps in that head-to-head and could WWE risk Strowman losing his merits against Taker?

A last man standing match could be the answer if it had Taker winning, but just barely. Taker more than likely wouldn’t lose in a match against Strowman, but who knows? Maybe he puts the guy over.

Zayn hasn’t exactly had the best feuds since Raw and SmackDown split, but his last with Strowman was as good of a feud as you can have while losing. Zayn showed his heart and showed he can put on matches while carrying the load. This is an unconventional thought but I think it could hold water.

Zayn needs a feud and Taker will probably need someone with the ability to carry a match. This could be a feud that begins at Rumble. Maybe Taker comes and gets Strowman off Zayn in the Rumble, then Zayn says he doesn’t want help (a la Dolph Ziggler) and goes off on Taker. It could get him some steam and could create a story line.

This is another one of those ridiculous Nick thoughts. I can’t help it, I’m sorry. Angle is being inducted into the Hall of Fame this year. Prior to that, I had just told my friend that the rumblings about him had gotten too quiet, which led me to believe a return would soon come.

This may be the next step forward or this may be a sign that he’s done with wrestling in a WWE ring. Angle has had some great matches while at TNA and has proven, at least to me, that he can still go. Him and Taker could be a surprise feud that turns into something legit. Angle has always been poised on the mic and to build a battle with the Deadman, that’s what it takes.

This is something I would hate, but it has WWE written all over it. Rusev seems to get buried by every legend that returns to the ring for a day. I get it. He’s an outstanding heel and has the ability to get crowds against him quickly, but man they don’t use him correctly in my opinion.

Rusev would be the perfect type to go at Taker. He’s also amazingly athletic and can hold his own in a high-profile Mania match. The mind games Taker could have with Rusev, and Lana, could be something spectacular.

I, once again, wouldn’t see Rusev coming out victorious in this match, but I could see him having a great showing.

This is by far my favorite potential match-up on this list, if only simply for the fact that the two could have an Attitude Era-styled no disqualification, falls count anywhere, slobberknocker of a match. There were rumors that Dean wanted to have an absolutely crazy match against Brock Lesnar, but WWE turned it down. Maybe now, it’d be different.

Dean has the Intercontinental belt right now, but he could easily lost that prior to Mania and with enough time for a feud to boil. Ambrose could really shine in a Mania match against Taker and he’d be able to take plenty of bumps.

I’ve been off-and-on with how Ambrose has been used on SmackDown, but I’d be 100 percent behind this taking place. Ambrose would be built up with some decent promos and a solid showing.

Obviously, this is total speculation and more than likely we’ll be left with Cena going over after kicking out of eight Tombstones (one more than likely from the top rope of the world) and hitting Taker with a half assed AA, but hey maybe we get lucky.