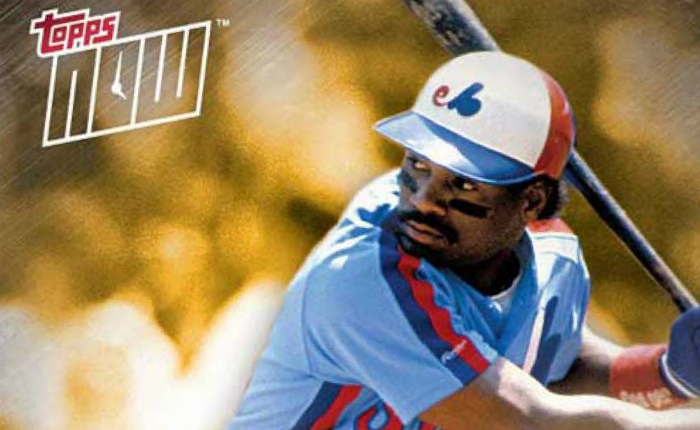 The stakes couldn’t be any lower and many of the player names are unfamiliar, but squint long enough into the Florida or Arizona sun and you’re certain to find something interesting about MLB spring training games. For example, because the best exhibition performances often come from unexpected places, even ordinary players can wind up sharing stat lines with Hall of Famers.

This exercise can get out of hand quickly when you’re fooling around with microscopic sample sizes (a batter homering in his only plate appearance, a pitcher striking out the side in his only inning, etc.). So for these comparisons, I focused my research on players with significant workloads in multiple major league camps.

There’s a recency bias here, too. MLB.com’s spring training stats are only available in their entirety going back to the 2006 season. But that should create a fun juxtaposition for longtime fans—envisioning average Joes dominating March games in the same ways that their childhood heroes excelled during the heat of a pennant race.

Crisp is still a free agent at age 37. His recent regular season stats—.231/.312/.360 batting line since 2014—won’t earn him a major league contract, but his post-2006 spring production suggests he makes an effort to entertain paying customers of the Grapefruit and Cactus Leagues. Maybe a team will see value in that.

In his 11 years of recorded spring stats, Crisp has 26 stolen bases and been caught only once, an outstanding 96.3 percent success rate. Many of those opportunities have been created by plate discipline, as he owns a 11.2 percent walk rate. That’s unusually high in a fast-moving spring environment, where most players just want to rush through their work and get out to the golf course. But Crisp even hustles down the first base line—opposing defenses have only turned six double plays off his bat in 59 tries (10.2 percent).

On all these fronts, Crisp bears some resemblance to one of this summer’s Hall of Fame inductees, Tim Raines. His career stats (when the games counted) included a 84.7 SB%, 12.8 BB% and 9.3 DP%.

Although Kendrick has an All-Star selection on his resume (from 2011), no one would mistake him for a transcendent player. You might only fall for that trap after binging on his preseason highlight reel.

Roughly a league average hitter from Opening Day onward, Kendrick rocks a far superior .388 on-base percentage and .534 slugging percentage during spring training. He has totaled 29 spring stolen bases in roughly one regular season’s worth of game action, despite never making it halfway to that number in any real campaign. Most notably, he’s been dynamite with teammates on base, racking up 113 runs batted in through 691 plate appearances.

We need to reference another member of Cooperstown’s 2017 class to put “Springtime Kendrick” in perspective. Bagwell barely edges him out with a career .408 OBP and .540 SLG, and defied a stereotype with 202 SB at the typically slow-footed first base position. However, even he falls short as a run producer, having averaged 6.16 RBI per PA, compared to Kendrick’s 6.12.

Wacha is an example of how spring results can occasionally affect a player’s career path. Partially thanks to his amazing run in 2013 (11.2 IP, 7 H, 0 ER, 1 BB, 15 K), he completed the journey from draft pick to MLB debut in less than a year.

The St. Louis Cardinals right-hander has enjoyed his stay in Jupiter, FL during subsequent seasons, too. Following his first appearance of 2017, Wacha’s earned run average sits at a cool 2.00. Across 72 innings and 289 batters, he’s allowed only three home runs.

We can see some similarities between he and Dazzy Vance, born 100 years apart, but both in the state of Iowa. The 1955 Hall of Fame inductee had two seasons as a starter—in 1924 (2.16 ERA) and 1928 (2.09 ERA)—where his earned run average came awfully close to matching Wacha’s. Also, their home run rates were nearly identical; 1.07 percent of opposing batters took Vance deep in his career, while 1.04 percent have done the same to Wacha in spring training.

Lastly, a pair of pitchers who share the versatility gene…and not much else. Smoltz uniquely led the majors in wins (1996) and saves (2002) at separate stages of his career. He toggled between the rotation and bullpen due to injury, whereas Collmenter does so at the insistence of his coaching staffs.

While with the Arizona Diamondbacks, Collmenter had consecutive spring trainings where he went out to prove his mastery of both roles. He delivered nine scoreless relief outings in 2014, followed by three scoreless starts in 2015. And the D-Backs were so impressed, they released him this past August.

Their loss! Now the 31-year-old has an opportunity to establish himself with Smoltz’s longtime franchise, the Atlanta Braves. And his 2017 began on a positive note.