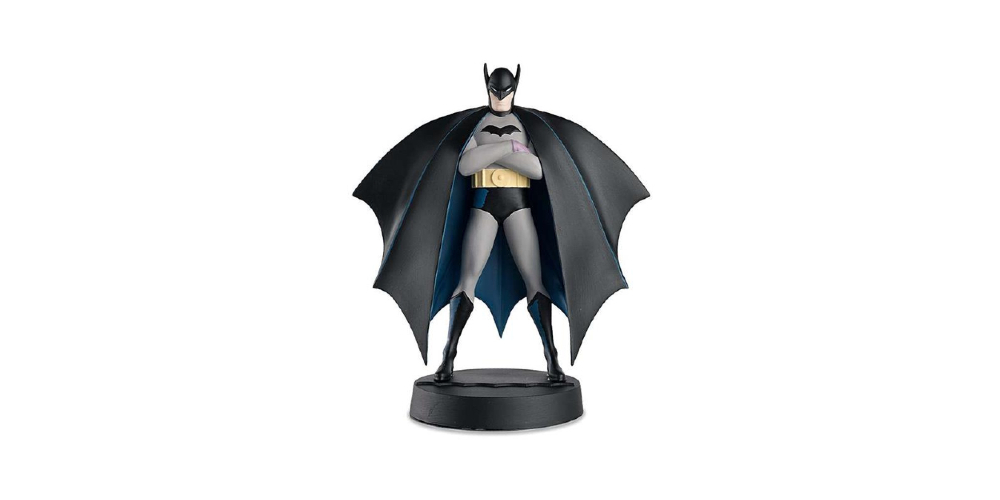 Eaglemoss Batman Decades figurines explore the many different looks and styles of the Caped Crusader over his extensive history.

Between the evolution of the character since 1939 and the various reboots, flashbacks, flash forwards, and variants, there is a seemingly endless supply of inspiration for this collection. The first wave included issue one and two of the series.

Eaglemoss figurines are hand-painted and made of metallic resin. This set stands 1:16 scale for an average height between five and six inches.

Every figure comes with a 12 page magazine that looks at the historic points of interest for that figure’s represented era.

The collection launched with a figure of the Batman Design from Detective Comics #27 (1939), the debut design for the character.

This is one of many DC related sets, most of which include Batman. Other Batman-centric sets include Batman the Animated Series, Batman Universe Busts, and Batman Arkham Asylum.

Our checklist includes all of the figures released in this set including shop exclusives. Clicking a link within the checklist will direct you to Eaglemoss, an affiliate retailer who pays us a commission for our referral, to purchase your own figure.

Find on eBay
Buy from Eaglemoss