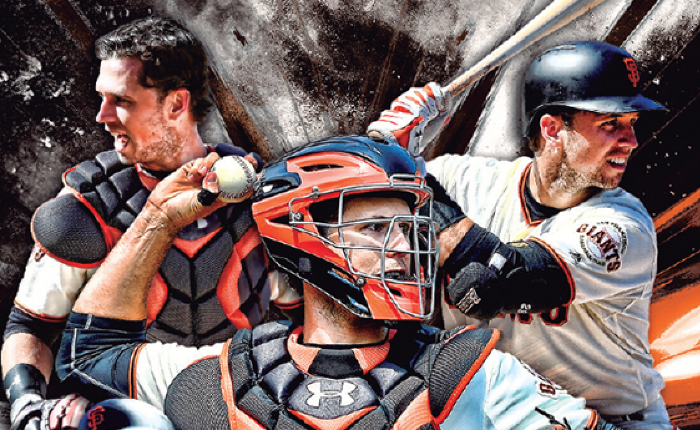 Every week throughout the 2017 regular season, we’ll handpick impressive, embarrassing and peculiar feats for you to witness across Major League Baseball. The following MLB milestones could be achieved from June 5-11, so adjust your viewing schedule accordingly. All stats current entering games of June 5.

My first assumption (before bothering to research it) was that Barry Bonds led in this department by a comfortable margin. Bonds did indeed dominate at AT&T/Pacific Bell, batting an inconceivable .335/.526/.763 from the ballpark’s opening in 2000 through 2007. But he was also intentionally walked 198 times there. Losing so many opportunities to swing the bat adds up. Buster Posey moved past Bonds last month and now seeks seven more hits to displace former teammate Pablo Sandoval from the top spot. Minnesota’s pitching staff has been among the worst in baseball since mid-May, so Posey might close the gap in a single series.

Considering Zimmerman’s age, injury history and severe struggles in 2016, his stellar performance—leading the National League in all Triple Crown categories—has to be one of the biggest surprises of the season so far. Fellow Nats first baseman Adam Lind is batting .338/.413/.615 with more walks than strikeouts and can’t find any regular playing time! Zim was the face of the franchise during its lean years and a legitimately well-rounded player, but this is uncharted territory for someone who’s never even finished top 15 in NL MVP balloting. The power surge also accelerated his pursuit of Vladimir Guerrero. Spending the first half of his career with the then-Montreal Expos, the future Hall of Famer racked up 234 home runs. Zimmerman enters this week with 231.

When it could happen: June 8 (vs. Colorado Rockies)

Teammate Kyle Schwarber bailed him out big time on Saturday. The Cubs’ win probability was just 27 percent prior to that swing, and Lester would’ve been on the hook for a loss had they not at least tied the score. Usually, there’s much less drama when the veteran southpaw takes the mound at Wrigley. Lester’s Game Score of 49 that afternoon was tied for his worst in a home game all season. Going back further, he provided quality starts in each of his 15 tries at “The Friendly Confines” last year, taking an “L” most recently on May 15, 2016 despite surrendering only one run. Generations have passed since any pitcher posted a streak quite like this, and it would be truly unprecedented if Lester gets past the Rockies.

When it could happen: June 10 (vs. Boston Red Sox)

Felix Hernandez reached this mark in April, then subsequently had his entire season derailed by shoulder bursitis. So of course, with Verlander seemingly easing toward 10K, he was forced to depart from Sunday’s outing early with groin tightness. Coincidence?! Yeah, Despite some underwhelming results, Verlander has actually demonstrated extra zip on his fastball in 2017 (95.0 mph), on par with the velocity from his 2011 American League Cy Young/MVP campaign. He’ll need a lengthy, throwback performance on Saturday to reach the milestone, as he’s still 27 batters away. Whether it happens this week or the next, Verlander will become the eighth pitcher to face 10,000 batters as a Tiger and the first new addition to that club in 30 years.

When it could happen: June 11 (vs. Philadelphia Phillies)

Perhaps the National League Central really is a trash division that the Chicago Cubs will run away with easily once they awake from their first-half sleepwalk. For now, however, the Cardinals aren’t ready to roll over, flaunting the best starting rotation earned run average in the majors. Although no longer the team’s ace, Wainwright has been their finest run preventer lately. The San Francisco Giants, Colorado Rockies and Los Angeles Dodgers have combined to score nothing over his past 16 1/3 frames. Another 10 innings like that spread across Waino’s two scheduled starts this week would extend the streak to a career best. His existing record stretched from July 4-27, 2010, when he finished runner-up in the NL Cy Young award race.