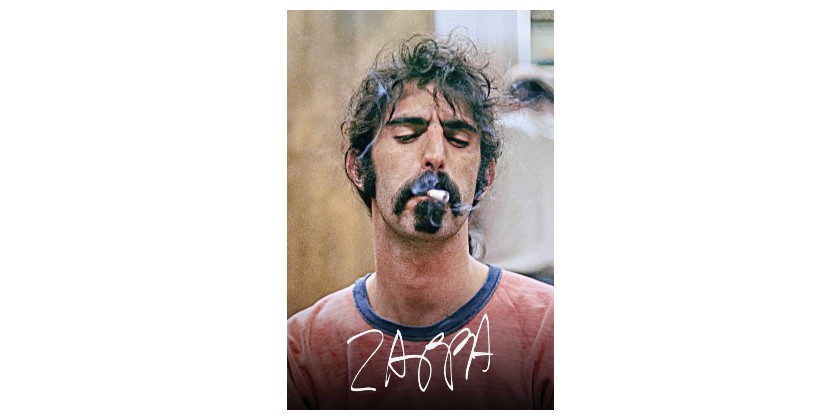 The genius of Frank Zappa isn’t always made immediately evident. Zappa’s catalog — a massive and eclectic library of virtually every imaginable musical style — has no logical entry point for an exploratory music fan hoping to fall in love with one of America’s most important artists. In the new documentary Zappa, directed by Alex Winter, the legendary composer and performer is presented from all angles and his various musical directions are all treated with respect and care.

As much as this film is the Zappa directory fans have hoped for for decades, it also serves as an entry point to the musical enthusiast who never knew where to begin with an artist equally known for his sophisticated and complex music as he was his sophomoric and vulgar lyrics. Winter manages to deliver a narrative that digs just deep enough for the die-hard fans without leaving the casual fan scratching their head wondering what on Earth they are watching.

Loaded with archival footage of live performances, films, and interviews, Zappa feels more coherent and focused than most rock documentaries. There are plenty of topics one may wish were explored more thoroughly — it’s safe to assume any DVD release of this documentary will be loaded with bonus content — but nothing is focused on more than it needs to be. There’s no need to cover every year of Frank’s youth. There’s no need to discuss every single tour or every new Mothers lineup. Every topic is given a concise and focused amount of time and analysis.

There are also great interviews with the people who worked closely with Zappa. Ruth Underwood, one of the greatest percussionists to ever work under the Mothers moniker, brings heartfelt stories and musical wizardry to the documentary more than any other commentator. At one point, she and Joe Travers (drummer and Zappa archivist) casually work through The Black Page, a notoriously and purposefully difficult piece of music, with ease and pure joy.

What is most important about this documentary, however, is the reverence for the music. Every era and every style of the catalog is covered and discussed. There is rare live footage and contemporary commentary to accompany one of the best documentary soundtracks ever produced.

Is it a perfect documentary film? Of course not. For it to be perfect, it’d have to be 10 hours long and include most of the Roxy concert and all of Frank’s congressional testimony, and five or six more ours of Ruth Underwood. But it is just about as perfect a document of Frank’s life as anyone could ever want within a roughly two hour time frame. This type of documentary will be revisited regularly by die hard fans and will convert numerous new fans to the strange and varied world of Zappa’s music. It’s not a “Making the Album” film, it’s not a biopic, it’s not a white washed deity-creating soapbox, and it’s not a deep dive into every minute of the man’s life. What it is is a loving tribute to a genius that exposes his faults as well as his brilliance and his failures as well as his triumphs.

The film will have a limited theatrical run and has been released for renting on various on-demand platforms.