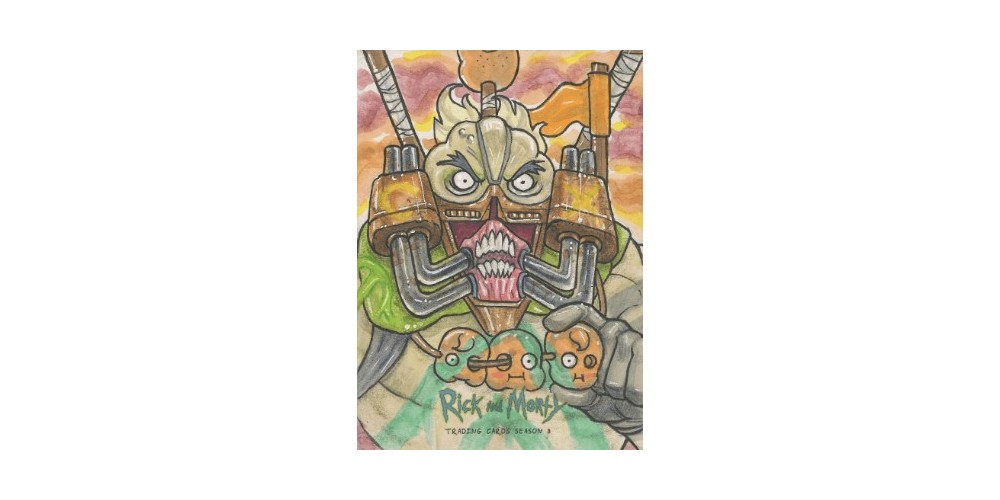 2019 Cryptozoic Rick and Morty Season 3 trading cards break from the standard distribution style used for Season One and Season Two.

For season three, Cryptozoic opted for premium packs that include three sketch cards and one autograph per pack. One in 10 packs will also include a “Final Cut” memorabilia card that includes a piece of Justin Roiland’s personal script for the “Rickmancing the Stone” episode.

Additionally, there is an extremely rare one-of-one Redemption card that allows the lucky fan to redeem the card for an authentic page from the popular Rick and Morty episode “Rickmancing the Stone” script which is also signed by Justin Roiland and Dan Harmon.

Clicking a link within the checklist will direct you to an affiliate retailer or to relevant eBay listings for that card.