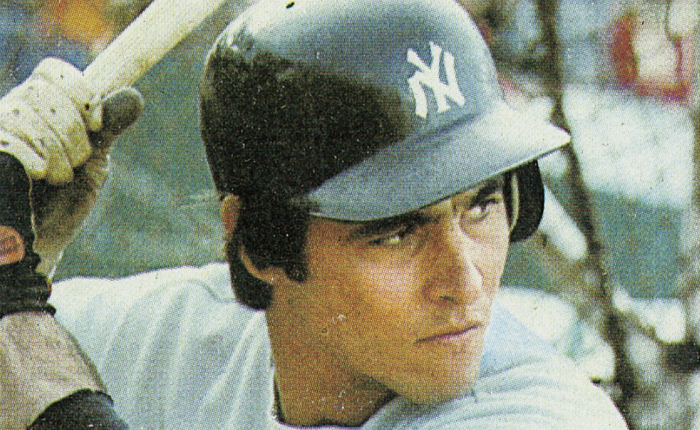 What if MLB had used World Baseball Classic tiebreaker to determine playoff teams?

The otherwise thrilling 2017 World Baseball Classic spent Monday’s news cycle shrouded in controversy after Team Mexico was eliminated from the tournament…following a win. Citing an unorthodox tiebreaker, the WBC’s Technical Committee ranked three teams from Pool D—Mexico, Italy and Venezuela, all of whom had identical 1-2 records at the time—based on how many runs they allowed per defensive inning when facing one another. (For the sake of this article, we’ll abbreviate it as RA/IP.) That left Mexico (1.12 RA/IP) paling in comparison to the other two countries (1.05 RA/IP and 1.11 RA/IP, respectively).

So that got me wondering: what if Major League Baseball settled its season-ending ties with such an obscure metric? It never would, of course. There’s enough flexibility in the MLB schedule and enough revenue to be made from additional games that these matters are always settled on the field. Still, it might be interesting to see how often RA/IP between tied opponents would have changed history by advancing a team that didn’t actually move on in real life.

Case by case, I revisited all 14 times that tiebreaker games (or series) were held at the end of the regular season.

The reality: A best-of-three tiebreaker series between these teams only made it through Game 2, as the Cards doubled up on Brooklyn (4-2 in Game 1 at Sportsman’s Park, then 8-4 at Ebbets Field) to complete the sweep. They went on to defeat the Boston Red Sox in the World Series.

The alternate reality (with WBC tiebreaker): More of the same. St. Louis held the Dodgers to 0.41 RA/IP during their 22 regularly scheduled matchups, compared to a 0.56 RA/IP for Brooklyn.

The reality: Indians rookie sensation Gene Bearden kept his poise in hostile territory, allowing just one earned run to the Red Sox in an 8-3 victory at Fenway Park. He also made two scoreless appearances during the World Series as his team took down the Boston Braves in six games to clinch the franchise’s most recent title.

The alternate reality (with WBC tiebreaker): Cleveland had a tough time containing the Red Sox offense earlier in the season (0.59 RA/IP), but the matchup was even more lopsided the other way around (0.71 RA/IP for Boston). So nothing would’ve changed.

The reality: An epic conclusion. These teams split the first two tiebreaker games, winning as visitors on each other’s turf, setting the stage for “The Shot Heard ‘Round The World.” Bobby Thomson‘s walk-off three-run home run punched the Giants’ ticket to the Fall Classic, where they eventually fell to the New York Yankees.

The alternate reality (with WBC tiebreaker): Hmmm…interesting. Not only did the Dodgers outscore the Giants in the tiebreaker series (15-8), they comfortably held an edge prior to it, 0.47 RA/IP to 0.55 RA/IP.

The reality: En route to a championship, the Dodgers squeaked out one-run wins in both Milwaukee and L.A. Poor Felix Mantilla—who moved from second base to shortstop late in Game 2—committed a critical throwing error to decide the series in extra innings.

The alternate reality (with WBC tiebreaker): An extra decimal place is required to demonstrate how evenly matched these clubs were: Dodgers 0.456 RA/IP, Braves 0.453 RA/IP. Milwaukee would’ve captured its third consecutive NL pennant, creating an opportunity for Hank Aaron to add to his lone World Series ring.

The reality: In the final use of a best-of-three tiebreaker, Sandy Koufax uncharacteristically laid an egg (1.0 IP, 4 H, 3 ER, 0 K in Game 1) under pressure. Then in Game 3, the Giants rallied from a two-run deficit in the ninth inning to steal the series, though they went on to lose the World Series to the New York Yankees.

The alternate reality (with WBC tiebreaker): San Francisco still gets the nod, 0.58 RA/IP to 0.67 RA/IP.

The reality: If you’re getting sick of hearing about the Dodgers, you’ll be delighted to know that this was their fifth and final time as an MLB tiebreaker participant. They fell convincingly to the Astros, 7-1, who themselves got knocked out in the NLDS.

The alternate reality (with WBC tiebreaker): Strange season series between these division rivals. Houston allowed a bunch of unearned runs, so despite an impressive 2.71 ERA against L.A., they fell short in what would’ve mattered here (0.42 RA/IP to 0.39 RA/IP).

The reality: Before unofficially “saving baseball in Seattle” with an ALDS win over the New York Yankees, the Mariners needed to get past the Angels. Conveniently, they had Randy Johnson available that day to hurl a three-hit, 12-strikeout gem.

The alternate reality (with WBC tiebreaker): A work stoppage delayed the start of the 1995 season, thus limiting the matchups between these teams. But in 12 games prior to the tiebreaker, the Angels yielded just 0.50 RA/IP to Seattle’s 0.65 RA/IP.

The reality: The Cubs bullpen made things interesting in the ninth inning, but ultimately held on for a 5-3 win in front of 40,000 crazed fans at Wrigley. They would be tripped up by the Atlanta Braves in the division series, however.

The reality: With an opportunity to end the Mets’ decade-long postseason drought, Al Leiter went the distance in Cincinnati for a 135-pitch shutout. He was less than stellar in two NLCS starts (6.43 ERA) as his team lost to the Braves.

The alternate reality (with WBC tiebreaker): Wonder what the WBC would do here! We need to go to four decimal places to distinguish the Reds (0.5062 RA/IP) from the Mets (0.5063 RA/IP). You’re basically trying to split the stitching of a baseball at that point.

The reality: The Rockies surged to 13 wins in their final 14 scheduled games just to force the tiebreaker. Their momentum—and Matt Holliday‘s dash to the plate—carried them all the way to the National League pennant.

The alternate reality (with WBC tiebreaker): By any criteria, Colorado did just enough head-to-head against San Diego to earn an October berth (0.45 RA/IP to 0.47 RA/IP).

The reality: Back when John Danks was someone you actually wanted in the rotation, he took the mound for the White Sox. With virtually no margin for error, he kept the Twins off the scoreboard for eight innings, then Bobby Jenks shut the door. Danks also won an ALDS game. Unfortunately, none of his teammates could, as the Sox were eliminated by the Tampa Bay Rays.

The alternate reality (with WBC tiebreaker): Another example of an intense regular season series. In an extra two-thirds of an inning, Chicago’s defense allowed one fewer run than Minnesota’s.

The reality: This time, the Twins finished on the celebratory side of a one-run thriller. The immortal Alexi Casilla delivered a walk-off single in the 12th. And yet, after all that drama, they didn’t win any postseason games.

The alternate reality (with WBC tiebreaker): The Twins had proven themselves to be a superior team throughout the summer with a 0.52 RA/IP to the Tigers’ 0.64 RA/IP.

The reality: Seems arbitrary to mock David Price for his October struggles when he came up clutch in this win-or-go-home scenario. Nine strong innings to extend Tampa Bay’s window of national relevance one more year.

The alternate reality (with WBC tiebreaker): Never have opponents met in a tiebreaker with such a lack of familiarity; during a tiny seven-game sample, the Rangers boasted a sparkling 0.31 RA/IP to the Rays’ 0.48 RA/IP.