Two American League teams were added through expansion in 1969–the Kansas City Royals and the Milwaukee Brewers–who actually started as the Seattle Pilots before a relocation the following year to Wisconsin.

In their 48 seasons of existence, the Royals have made the playoffs 9 times, including 4 appearances in the World Series and wins in 1985 and 2015. Overall, they’ve played in 16 postseason series and went 9-7 in those series. 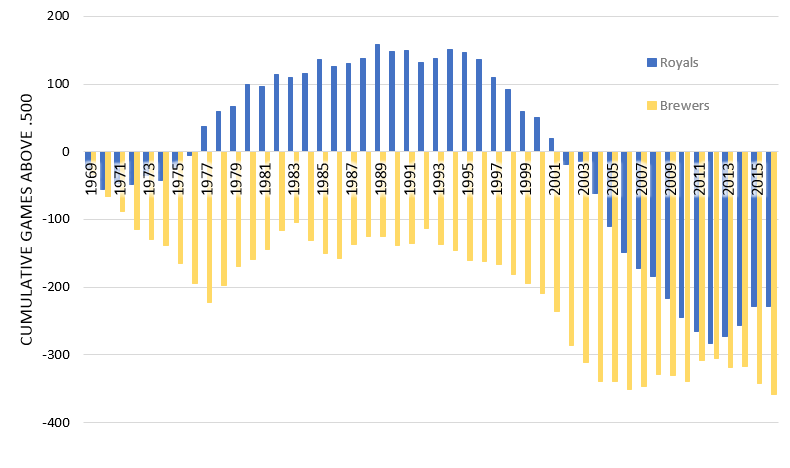 The Brewers, however, are far worse. In their 48 seasons, the Brewers have made the playoffs just 4 times, reached the World Series once, and have never won a championship. They won the 1982 ALCS and 2011 NLDS (remember they switched leagues in the 1990s) but have lost the other 4 postseason series in which they’ve participated.