Two new adorable vinyl figures, based on the Dreamworks animated movie The Boss Baby, are being added to the Funko Pop Movie line. 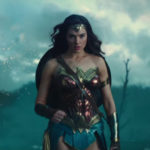 The next chapter in the DC Universe’s shaky film franchise is set for release in June, 2017, and with the release of the new Wonder Woman trailer, it’s easy to get excited about where the universe is heading.

Set as a World War I period piece, the latest Wonder Woman trailer gives viewers a little more hint at the plot with a lot more footage of action and Gal Gadot as the titular character. And any comic fan who isn’t at least a little excited when they see her famous lasso on display should check their nerd card.

The DC Universe has been mired with a series of cinematic flops, critically, with the exception of Christopher Nolan’s Dark Knight trilogy. Despite performing well at the box office, there are metrics to suggest that the fan bases for films like Batman vs. Superman and Man of Steel are still waiting for a major cornerstone for this new cinematic universe.

It is safe to assume, with a solo Batman film possible in 2018 and a Justice League film set for November, that DC has a lot riding on the Wonder Woman solo film and the newest Wonder Woman trailer will probably precede an extensive marketing push around the new year.

The question is, if you were let down by the preceding DC Universe films, does the Wonder Woman trailer whet your appetite or is it easily dismissed? Only time will tell how much excitement is surrounding this movie but, at the very least, the footage that has been released thus far indicates that this film is going to be another serious, gritty, dark, and realistic chapter in an already grim story. Where Wonder Woman can flourish and potentially anchor the cinematic universe is if the telling of the story is done in a more understandable way without the convoluted twists and turns that plagued previous films.

Regardless, the new Wonder Woman looks great and seems to hit on all the aspects comic fans love from the books and there’s nothing wrong with a strong female hero anchoring an entire film franchise. 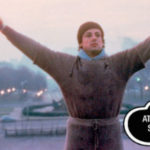 Available exclusively online, the 2016 Topps Rocky set is 330 cards that cover every movie in the franchise’s 40 year history.