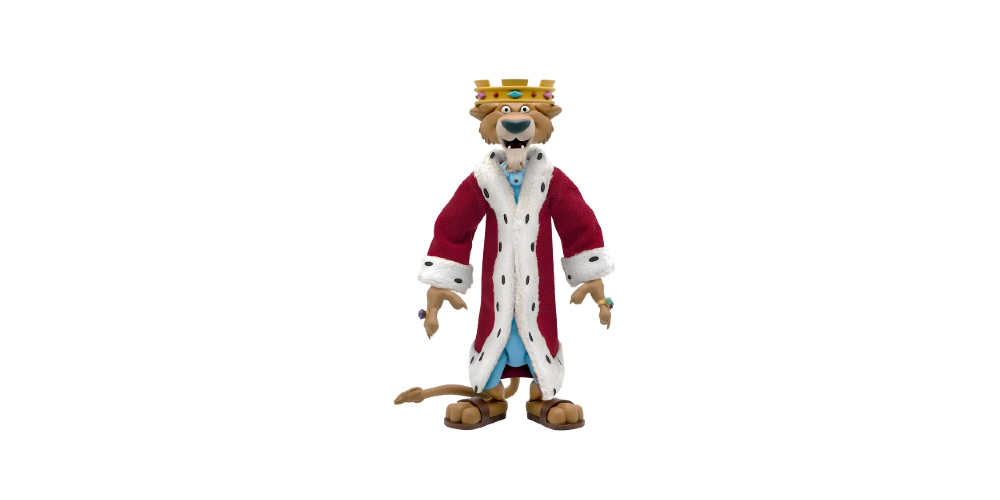 Super7 Disney Classic Animation Ultimates are highly detailed collectible figurines based on some of the most beloved characters of all time.

Each figure, which is produced to order, contains multiple heads and hands for ultimate posing and expression. Also included are accessories that help collectors display their figures just as they would appear in the films that inspired them.

The initial wave included three characters — Sorcerer Mickey, Pinocchio, and Prince John — and was available for pre-order beginning in August, 2020. Due to the highly detailed nature of these figures, turnaround times on initial orders is expected to be nearly a year.

Figures stand approximately seven inches tall. The bodies are composed of injected plastic but some characters include fabric clothes, such as Sorcerer Mickey’s velvet robe and rope belt.

As with any collectible partnership with Disney, the potential for this series to grow is nearly limitless. Disney holds one of the most diverse and beloved libraries of characters from film, television, and comic books so the Super7 Disney Classic Ultimates collection could easily expand over the years.

Clicking a link within the checklist will direct you to an affiliate retailer or to relevant eBay listings for that figure.