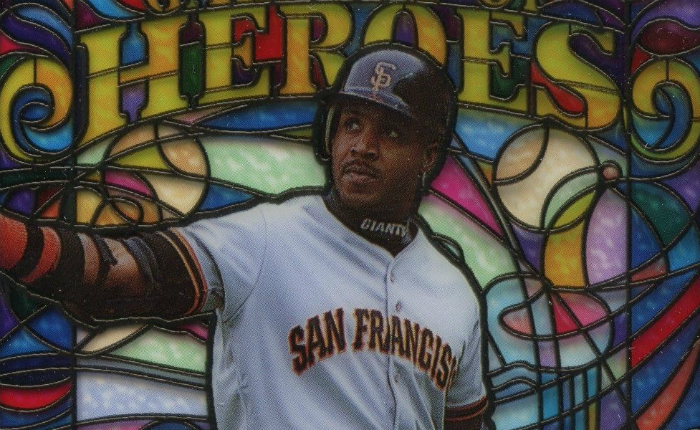 In Search of the Perfect Barry Bonds Intentional Walk Statistic

Barry Bonds might be most well known for his home run records, but his slugging prowess is not entirely without parallel in major league history. He holds the single season home run record by three homers and his career total tops Hank Aaron by just seven. As much fun as one can have with Bonds home run statistics, there are others who can boast power numbers in the same neighborhood.

Barry Bonds homered on every day between Apr 1st-Sep 29th in his career, except Aug 5th

Aug 5th is the date Bobby Bonds homered on the most

On the other hand, the frequency with which Bonds received intentional walks (IBB) is on another level entirely. The intentional walk was first tracked as a statistic in 1955. Since then the career leader is Bonds, with 688 IBBs. No other player has even half that number.

The size of Bonds’ lead in this category is ludicrous. One research paper considers Bonds’ career total as the “most outstanding sports record”. That no other player has even fifty percent of his total is a compelling demonstration of how unprecedented this unwillingness of major league pitchers to pitch to a major league hitter was. But it’s not the only way in which to express the magnitude of this feat. Can the quintessential Barry Bonds intentional walk fun fact be found? Let’s look at some candidates.

The number of intentional walks issued to Bonds in the latter part of his career is staggering. His late career surge was bolstered by a record demolishing 120 IBBs in 2004. The best single season figure by a non-Bonds player is 45 by Willie McCovey in 1969.

Conventional wisdom broke down when it came to issuing free passes to Bonds. Ordinarily the platoon advantage, especially from the left hand side, is enough to deter issuing four uncontested balls. In 2016 there were only 17 lefty on lefty intentional walks across all of major league baseball. Even lefties with high IBB totals don’t usually receive this treatment: the left-handed Willie McCovey, fourth all time in intentional walks, was intentionally walked by lefties just 15 times in his career. Bonds was intentionally walked 16 times by lefties from April to June of 2004 alone.

Runners On… or Off

Intentional walks are especially rare when they push a runner up, or put a runner on the hitherto empty basepath. Again, these rules did not seem to apply to Bonds, and at times this tactic was reserved exclusively for him. In 2004 a player was intentionally walked with the bases empty 19 times. On all 19 occasions the player receiving the walk was Bonds.

A minority of intentional walks are issued when the batting team is losing (these made up 11% of all IBBs in 2016), as the team that is ahead is understandably reticent to put runners on base. Once again, though, Bonds proves to be an anomaly.

All of these stats have the benefit of not being bogged down with too many caveats. The more qualifiers one adds to a statistic, the more diluted the power of the stat becomes. I wondered, however, how easy it would be to find a situation that Bonds was uniquely walked in. You can get there with three qualifiers:

Believe it or not, an intentional walk has been issued in this scenario only once (per the indispensable Baseball-Reference Play Index). Bonds was the recipient (obviously). The next batter, A.J Pierzynski, hit into an inning ending double play (obviously).
It’s possible to conjure one more remarkable Bonds IBB stat using just two qualifiers, one that might be my favorite of the lot.

Why would you ever put a runner on the empty basepaths when you’re in the lead? Take a look at the most recent example: Jeff Weaver put Adrián González on because it was the 13th inning and the next batter was (pitcher) Kevin Correia. The previous instance involved Albert Pujols, who is scary enough to get the odd unorthodox IBB. But the most recent non-Bonds example before that also occurred with the game in extras and the pitcher up next. It takes an unusual set of circumstances to even consider such a move.

But Bonds was a different beast. In the situation where the intentional walk has possibly the least advantageous effect, multiple coaches decided they were better off just putting him on base, breaking all pre-established baseball norms.

If you’re looking for a statistic that encapsulates how little faith managers had in their pitchers’ ability to get Bonds out, this might be it. But then again, you can’t go far wrong with “more than double anyone else”. Sometimes simplicity says it best.

CAVEATS: As mentioned, intentional walks were first recorded in 1955 but show up in play-by-play logs in the Baseball-Reference Play Index back to 1930, although data is not complete that far back. It is likely Babe Ruth would have produced similarly astounding intentional walk statistics had they been tracked.