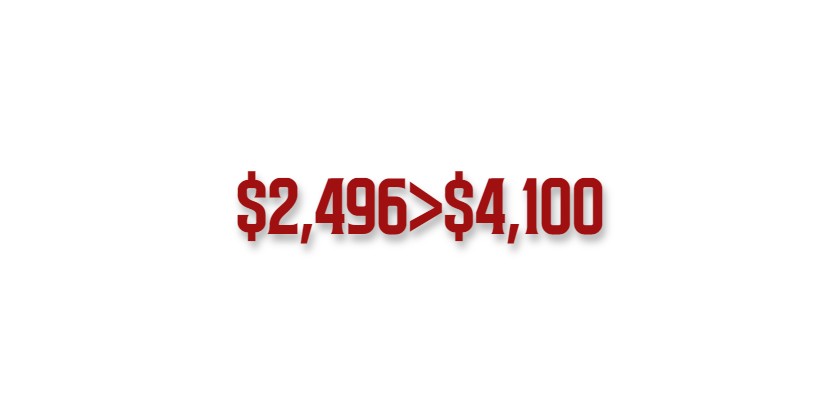 In a Hero Habit exclusive interview earlier today, Oakland Athletics president Dave Kaval fielded some questions that had been weighing on fans for months. He also revealed that the A’s had made an offer on property in Las Vegas just yesterday and that there were several locations the team was interested in. Reporting from Las Vegas would indicate that this is one of many offers the team has made on land in Southern Nevada.

What seems to be striking a chord with many fans, however, is the mathematical gymnastics Kaval employed in order to defend a wildly unpopular price increase for the 2022 season ticket program. When asked to justify an increase that saw many fans owing 50-80% more than their previous package, Kaval insisted prices had actually gone down.

That wasn’t the case for serenity67 whose family had been season ticket holders since the A’s first came to Oakland. Her 81 game plan for two seats went from $7,300 to $11,680 plus an additional $1,060 due to the lost parking benefit. When she refused to renew due to the price increase she said she “didn’t receive one follow up or attempt at retention by anyone. Not one. Just let us walk after 50 some odd years without a care in the world.”

It’s an all too familiar story from die hard A’s fans. Kimm was a season ticket holder in section 120 for years. Her package included free parking and discounts on merchandise and concessions but Oakland took away those discounts and raised her single-seat 81 game package from $2,496 to $4,100. A nearly 65% increase with the added bonus of needing to pay for parking for 81 games.

Dave Kaval doesn’t want you to compare those numbers, though. He wants you to compare cost per game in 2022 to 2021 — a season that saw limited capacity and no season ticket program. Fans who purchased season ticket plans for the season that was ultimately cancelled were allowed to let Oakland hold those funds for the following season. When fans were finally allowed back into the parks at limited capacity, Oakland devised a voucher program. Kimm was given 32 vouchers that she had to use in pairs and which weren’t specific to her long held season ticket seats. At a cost of $1,440 for 16 games (since they had to be used in pairs), her cost per game was $90 which is, of course, less than the $50 she was asked to pay for the 2022 season. But if you break it down per seat, this year’s program is still more expensive than Kaval claims.

The 2021 season was a strange one, obviously, and with COVID protocols limiting the number of seats that could be sold, it stands to reason that prices went up. Lower supply with an equal demand drives up prices. But the supply isn’t lower any more and the A’s have used COVID as a cover for bypassing several year’s worth of price increases. Kaval hides behind his corporate aerobic math because there is no justification for raising the prices on your most devoted fans for an experience he himself says is subpar.

I had speculated in a previous article that the A’s were deliberately dissuading fans from signing up for these packages because they couldn’t afford to fully staff a ticket services department. When pressed on that notion, Kaval gave one of the only actual answers of the entire interview and denied that Oakland was doing anything to curb attendance. It’s fair to take him at his word on that as I’m sure MLB would be incredibly angry to discover any team tanking fan attendance but I’m also reminded of a scene from the movie Batman Begins.

At the end of the movie, Ra’s al Ghul and Batman are squaring off and Ra’s, believing Batman’s weakness is an aversion to killing, says that Batman won’t kill him. Batman replies that he’s right, he won’t kill him but that he doesn’t have to save him and proceeds to let Ra’s die in a massive train wreck. The A’s may not be actively killing their fan base but they’re not doing anything to save it, either, and in a lot of ways that may be worse because that just shows apathy.

When asked why Kaval — notoriously active on Twitter for anything from acquiring hot dogs for fans to organizing $10,000 interviews with radio hosts — was absent around the time of the season ticket announcement he was quick to claim that he is always active on Twitter. A quick look at his account, however, shows that between September 26, 2021 and March 20, 2022, he had composed only eight original tweets and all but four of his tweets from July through September were specifically referencing that day’s game. One of those four tweets was a photo from his trip to Las Vegas. Nobody is in any position to demand more or less involvement on social media but it is suspect that the man who has tweeted 26 times in the last day is suddenly MIA when an unpopular policy comes from his office.

Towards the end of our chat, Kaval mentions an “organized and funded opposition” to the Howard Terminal project. It’s a talking point he has leaned on heavily over the last few months. When it is pointed out that his job, as president, is to make sure that his team’s message is louder than the noise and that a cursory glance at Twitter would show a wealth of disinformation he falls back on excuses. The A’s, he claims, have analyzed the disinformation and determined that it is mainly bots (though if you were to watch his Twitter account, he never mentions bots and lays all the blame on Bay Area media) to which he is reminded that real people are seeing those bots. Why won’t the A’s get some bots to deliver their message? “We don’t want to stoop to their level.”

What level is that? Effective message distribution? If you are in a war with an enemy carrying guns and your weapons of choice are a spork and moral superiority, you’re not going to win the war. Bots distributing truth are not inherently nefarious and if you feel like your use of such a tool is “stooping to the level” of your perceived enemy, maybe you don’t have such a solid argument as you like to convey.

It’s not clear what Dave Kaval is trying to achieve with his airing of grievances towards every bay area news outlet and it’s not clear why he refuses to make a single point about Oakland without also invoking Las Vegas but the fact is that the goodwill he received when he replaced an unpopular team president may never be redeemed and his name may be added to the long list of owners, managers, and presidents of A’s history who fans would much rather forget.