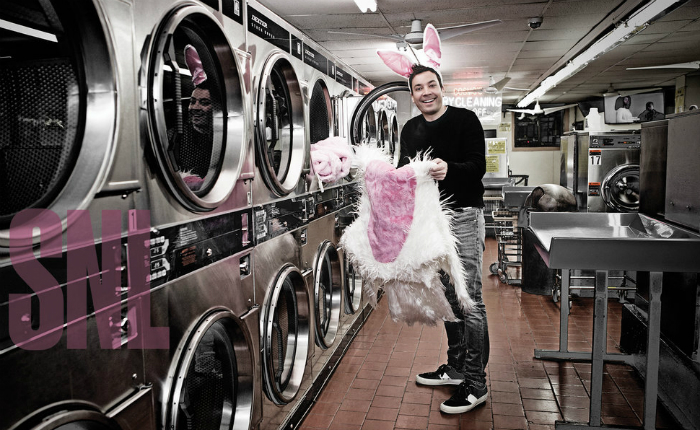 For the first time last night, Saturday Night Live broadcast live coast to coast, and in Canada. I mean, it’s always been broadcast live in Canada, but thanks for thinking about my country, NBC.

But did watching it live have much of an impact on it’s audience? Doubtful. The essence of Saturday Night Live lies in the fact that it’s performed live. That it’s messy and it’s real. Although it remained to be seen as a historical moment in the shows history, as a Canadian I was not personally impacted by this choice in broadcasting- but I’m sure it’s ratings were.

Alright, let’s start this off with a quick question: what the hell do I have to do to get a cold open that doesn’t involve Trump? Seriously. Although serving as an exit for the Grim-Reaper Steve Bannon they presented earlier in the series by sending him straight back to where he came from, the opening sketch was the same old joke we’ve been hearing this entire season. Not to mention the fact that we never got to see Rosie O’Donnell take on Bannon.

Fallon’s execution of the monologue was exactly what you would expect if you watch his late night talk show: The Tonight Show with Jimmy Fallon. It’s loud, it’s stylistic and it’s a David Bowie song. This celebration of coast to coast broadcasting is exactly what Jimmy Fallon is good at, and shows exactly what his strengths are. Parties, and just having fun. It was nice to see Saturday Night Live take on the fun, light monologues that it used to.

The night was packed full of special guest stars, so many that the actual cast seemed to be nothing of an afterthought. Fallon’s huge personality seemed to leave very little room for Saturday Night Live’s season 42 ensemble to shine- one of the biggest things that has been bothering me this season. Even though Jimmy did not have his best friend Justin Timberlake to accompany him in Family Feud, the sketch was an overall hoot with Harry Styles as Mick Jagger, two John Travolta’s and a fumbling Kristen Stewart.

Saturday Night Live did the best it could to tackle the dark times America is currently submersed in, with a sketch starring Cecily Strong, Beck Bennett, and Jimmy Fallon with his back up boys Mikey Day and Kyle Mooney. The sketch brought back Beck’s character that appeared in last week’s Pepsi ad, and had a punch-line of Fallon being one of the security members on board the United Airlines that forcibly removed a Doctor from an overbooked flight. A great touch to the show in my opinion, the re-occurring break that invites viewers to tune in every week.

Weekend Update took a stab at the recent horror’s of the world before throwing in one of my personal favourite character’s, Vannesa Bayer’s Jacob the Bar Mitzvah Boy. Who took on explaining the Jewish Passover in a very different way than Easter Bunny-clad Melissa McCarthy’s Sean Spicer, who despite not being recorded live and in studio, appeared once again in an earlier sketch. I can’t lie when I say I was expecting a nod to Fallon and Fey, but it did not appear. Instead, Kyle Mooney took a stab at his character of stand-up comedian Bruce Chandling, a role that Mooney absolutely murders. Overall, the Weekend Update seemed stronger than previous weeks, Che and Jost landing jokes and finding their comedic voice throughout.

Seeing the Boston teens back in action as adults was a pleasant surprise, with Rachel Dratch popping by to pay tribute. If the sketch did anything for me, it’s that I would really love to see Rachel Dratch host next season. She’s hysterical, and there’s no way around that. Although it is questionable whether or not Fallon and Dratch’s teen characters were able to produce a daughter who was accepted into Harvard- making the sketch that much funnier. The Boston Teens Zazu and Sully have appeared throughout Saturday Night Live 13 times the first being November 13th, 1999 when Chris Gaines hosted.

The ten-to-one sketch popped up as a pre-tape, a quirky short about extras being hired to play basketball who can’t play basketball. All of the jokes were presented in the background, landing a sort of questionable comedy, much like the “Turtle Shirt by Swag” sketch and the typical Saturday Night Live style teens-butchering-a-play, “Legally Blonde: The Musical.” Although questionable, it still lands. Let’s face it, it always will. Even if you cringed, you still enjoyed it deep down.

I am writing to your from the perspective of a 21 year old woman. Naturally, I know who Harry Styles is and before you ask, yes, I am a fan. Although not entirely hip with the One Direction craze in it’s prime, I was exposed to it throughout all of high school and even more now that the band has gone its separate ways. Seeing him in several of the night’s sketches was admittedly fun, but I would have much rather watched a regular cast member fill his place. His performances however, were astounding. His heart and soul in his crooning lyrics will take him places solo on their own.

For me, it was a complete toss-up between Vanessa Bayer and Kate Mckinnon. Because a lot of the cast was rarely seen in the sketches, their impressions and characters they were able to be a part of stood strong. But it’s no Papa John’s Pizza!

Those who dwell on the West Coast, what was it like watching live? Lets us know in the comments below, or connect with us on twitter.