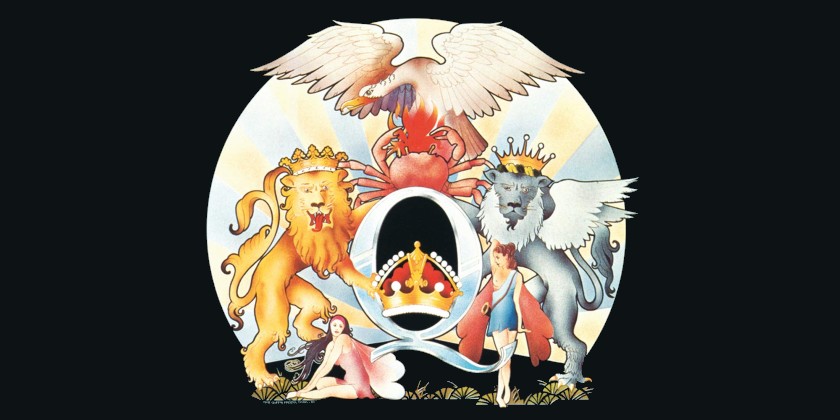 Five Queen Songs You Should Hear

In a recent Reddit thread on a topic having little to do with the classic band, Queen, some contributors were opining that Queen was in fact a singles band and that their albums were generally substandard.

While it is fair to be critical of Queen’s albums, particularly in the synth era, there are a number of gems in the band’s catalog that make them much better than “just a singles band.” This list presents five Queen songs which were not huge hits — or even released as singles in many cases — but should be in every music fan’s collection.

Long Away was written by the band’s guitarist, Brian May, who also handled the lead vocal duties. This little piece of pop perfection appears on their 1976 album, A Day at the Races, which may be their most consistently strong album to date. May’s delicate vocals are supported by a chorus of strumming guitars and a driving beat that rocks without overpowering the softer dynamics of the track.

This track was the only Queen single released during Freddie Mercury’s lifetime on which he did not sing lead but, sadly, the song failed to chart

The B-side to Long Away is another high point from A Day at the Races that features Mercury delivering a stunning vocal on a piano driven rocker. The band’s bassist, John Deacon, composed this song and strums acoustic guitar on the recording and it was also used as the B-side to Tie Your Mother Down which was a minor hit around the world.

You and I shows off what Queen did best: layered, power pop arrangements with infectious performances from every member of the band. It doesn’t get too campy, it doesn’t try to be too heavy, it’s just a solid pop song that deserved better than B-side relegation.

Freddy Mercury never revealed who the subject of Death on Two Legs (Dedicated to…) was but whoever inspired this track certainly riled Mercury up as it contains one of the most scathing lyrics of the entire Queen catalog — at one point suggesting suicide. Don’t let the lack of positive messaging fool you, though, this song rocks from start to finish and features one of Mercury’s best rock vocals.

The track opened their 1975 album A Night at the Opera and definitely makes a grand opening statement between the vocals, lyrics, and May’s heavy-metal Spanish style guitar intro.

Spread Your Wings, another Deacon composition, was released as a single in a few European countries where it was a Top 40 hit but American fans who didn’t own News of the World may have never have heard this fantastic power ballad. It is said that the band released the track out of guilt for sticking You and I as a B-side (twice) and both songs are worthy of more prominence in the Queen catalog. Deacon, again, plays bass and acoustic guitar on this track while Brian May delivers some truly fantastic lead playing and, as always, Mercury turns in a vocal that is impossible to sing along with but also impossible not to try to sing along with.

Flick of the Wrist

Freddy Mercury wrote this song about “con men and rip-off artists” for the band’s 1974 album Sheer Heart Attack. The track was released as a double A-side with Killer Queen but even a casual Queen fan can tell you which of the two tracks went on to legendary status.

This track is an early example of what made Queen great as it covers distinct moods, has a driving and catchy chorus, and features top notch instrumental performances, particularly Deacon and Taylor who have to be considered one of the 1970s best rhythm sections.

It’s also hard to listen to this song and not think that Muse spent hours analyzing exactly what makes this song work.

What are your favorite Queen songs that deserve a “legendary” status that they never achieved? Leave a comment with your top five.