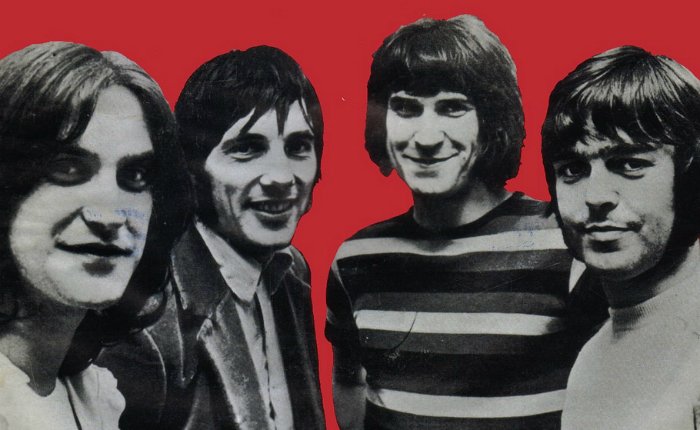 Five Kinks Songs You Should Own

The Kinks are one of rock music’s most important and influential bands and they’re also one of the slowest to receive the respect and accolades they deserve. In honor of the recent knighting of Ray Davies, chief songwriter for the band, we’re going to look at five songs that you should have in your record collection.

This list is not going to include songs like You Really Got Me, Waterloo Sunset, Lola, or Come Dancing because, frankly, you should already have those in your collection. Rather, this list will focus on the lesser known tracks, beloved by die hard fans, that deserve more attention than history has granted. This list isn’t ranked and a completely new list could be created by the same author later today so if your favorite song is missing, create your own list and leave it in the comments section below. Without further ado, here are five new songs to listen to.

Sitting in My Hotel

Ray Davies loves writing about the record industry and the 1972 album Everybody’s In Show-biz, takes a hard look at life as a working musician. Covering topics like the grind of touring and the quality of motorway cuisine, the album hits its most introspective moment during Sitting In My Hotel.

Davies explains, through a song that expertly mixes power ballad, gospel, and vaudeville, the struggles and emotional toll of being one of the world’s greatest songwriters. It’s a beautiful melody over a great band arrangement and the lyrics are among the most personal and autobiographical of Davies’ career.

Sometimes everything you need to know about a song lies in the title. This piece is about “the demon alcohol” and tells the story of a man who gave it all away under the influence. Aside from being a great example of Davies’ ability to create art from the mundane and ordinary, the song also contains one of the most perfect pairings of lyric and melody when he sings, “now the floozy’s gone and found another sucker.”

Who knows why that line stands out but it’s up there with “We’re Sgt. Pepper’s one and only lonely hearts club band” in terms of perfect flow, emphasis, and singability.

Sweet Lady Genevieve may be the most unfairly treated song in the Kinks catalog. Released on the oft maligned Preservation album, the track is a gem of pop perfection that probably would have been a hit had it appeared on an album that wasn’t universally hated at the time. Released as a single only in the UK (with Sitting In My Hotel on the B-side), the song neglected to make any impression on the charts which must put it near the top of the greatest 45s nobody owns list.

Crunchy guitars, driving drums, and a haunting vocal delivery make Wicked Annabella a standout track on an already stellar collection of standout tracks. The track is sung by Dave Davies, who rarely sang lead on songs he didn’t himself pen, and was described by Ray Davies as having a “rude” sound. It’s hard to listen to this piece and not imagine Marc Bolan (T Rex) being heavily influenced by the production and obscure lyrical content.

This song is ridiculous and, it could be argued, a total throwaway. That said, this is a great little song that perfectly exemplifies Davies’ ability to blend genre and era in one tune. It is also notable because the form of the song is very creative and bounces around several musical themes, never truly settling on a standard “verse/chorus/bridge” arrangement.

As far as pop songs go, this song may suffer because the Kinks are known as a rock act but if Dexy’s Midnight Runners had released this exact same arrangement, it’d probably have been a radio hit. If you add this song to your collection, it will probably be the most obscure track you own but I’ll bet you’ll play it a couple times in a row.

So, there you have it. Five songs you may not own but probably should. What songs did I forget to include on this list? Leave a comment below and give me your top five!