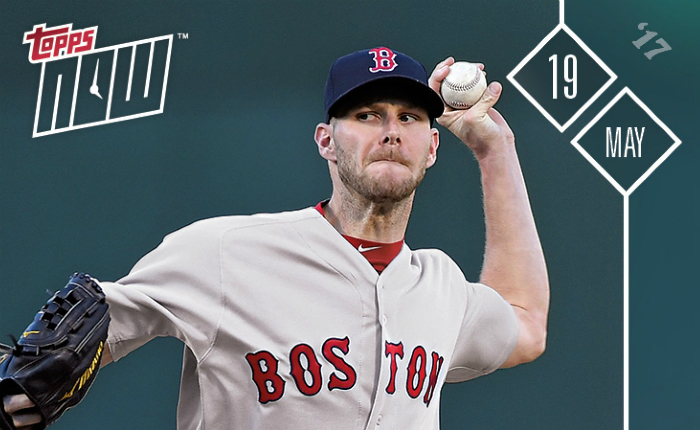 Every week throughout the 2017 regular season, we’ll handpick impressive, embarrassing and peculiar feats for you to witness across Major League Baseball. The following MLB milestones could be achieved from May 22-28, so adjust your viewing schedule accordingly. All stats current entering games of May 22.

When it could happen: May 24 (vs. Texas Rangers)

Boston shipped off the organization’s consensus No. 1 prospect Yoan Moncada plus three other minor leaguers to acquire Sale. The Red Sox knew they were getting a durable starter and perennial All-Star on a bargain of a contract, but even those who were most bullish about his potential have to be somewhat surprised by the extent of his early dominance. After all, Sale made a conscious effort to pitch to contact in 2016, resulting in the second-lowest strikeout rate of his career (25.7 SO%). Clearly, he’s decided to revise that strategy. Since whiffing only seven in his Red Sox debut, the slender lefty has racked by double-digit K’s in eight straight outings, tying a record he currently shares with Pedro Martinez. (Consider this your periodic reminder that turn-of-the-century Pedro was a force of nature.)

A former teammate of Robinson Cano, Derek Jeter and Alex Rodriguez, and currently sharing the clubhouse with Aaron Judge and Gary Sanchez, Gardner has never received top billing in the Yankees lineup. He’s just been steady in his complementary role, always finding ways to reach base at an above-average clip. The hit totals have ticked up for Gardner in recent seasons when he became a fixture at the top of the order. With at least five more during this week’s homestand, he’ll supplant Cano (485 H) as the new building’s hit king.

However you choose to evaluate it, 2016 was Kimbrel’s most disappointing full season in the majors. He missed nearly four weeks following midsummer knee surgery and couldn’t consistently throw strikes after returning to the mound (15 walks issued to final 85 batters faced). His 3.40 ERA and 2.92 FIP were both career worsts. The extended absence and command issues resulted in just 31 converted saves, a sharp drop-off from his 44.8 average during the 2011-2015 campaigns. Now, Kimbrel is pissed and committed to restoring his reputation, one immaculate inning at a time. Only Trevor Hoffman had previously racked up more saves through eight MLB seasons (271), a record that will soon belong to Kimbrel…with more than four months to spare.

Travis was one of the sport’s worst qualified batters through the end of April, slashing .130/.193/.195 and weighing down what was already a struggling Blue Jays lineup. He immediately got back on track when the calendar flipped, elevating the ball more consistently to generate extra-base hits…but not elevating enough to clear the outfield fence. Travis’ productivity in May is almost entirely attributable to doubles—14 of them entering Monday. He’s tallied at least one in every series so far this month, slugging .631 despite homering just once. The MLB record for most doubles in a month belongs to Hall of Famer Paul Waner (20, May 1932). Carlos Delgado is Toronto’s leader in that department (19, July 2000).