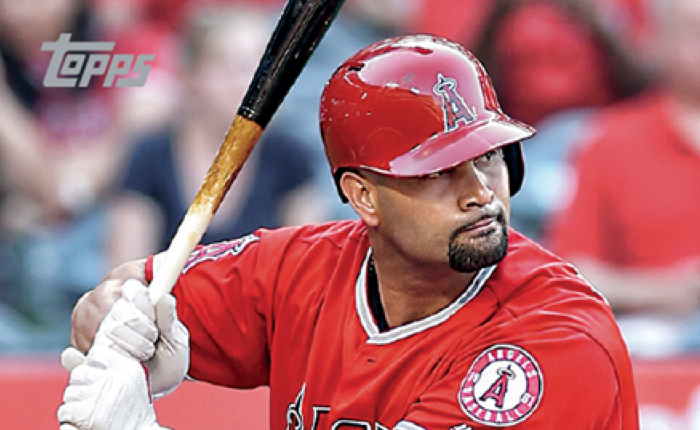 Albert Pujols, Justin Upton swinging for the fences as they near MLB milestones

Every week throughout the 2017 regular season, we’ll handpick impressive, embarrassing and peculiar feats for you to witness across Major League Baseball. The following MLB milestones could be achieved from May 15-21, so adjust your viewing schedule accordingly. All stats current entering games of May 15.

Five players in just the past 15 years—Barry Bonds, Sammy Sosa, Ken Griffey Jr., Alex Rodriguez and Jim Thome—have joined the club, but that doesn’t diminish this moment for Pujols. Fans should to soak it all in, considering it might be another 15 years before anybody else reaches the mark. Although he’ll be celebrating No. 600 in a Angels uniform, the vast majority of his production came with the St. Louis Cardinals. The season-by-season stat lines from those glory days are smothered in “black ink” (categories in which he ranked first among qualified National League players). Pujols is undoubtedly one of the greatest right-handed hitters of his generation or any other.

It’s only fitting that Pujols and Miggy, who have such comparable skill sets and bodies of work, approach huge MLB milestones during the same week. In recent seasons, whatever athleticism Cabrera used to possess has deteriorated, forcing a defensive reassignment back to first base and increasingly conservative baserunning. How does he still manage to rack up the extra-base hits? By scorching balls over and through the defense. Since the birth of Statcast in 2015, Cabrera has ranked top five among MLB players each season in average exit velocity (min. 50 batted ball events). He’s aiming to become the 39th major leaguer in quadruple digits; 24 of the first 38 are already inducted into the Baseball Hall of Fame.

With several of his veteran teammates missing games due to injury and others stuck in slumps, Upton—not Cabrera—quietly leads the 2017 Tigers in Wins Above Replacement (1.6 WAR). Perhaps the timing is finally right for him to slay his white whale…or in this case, orange bird. Upton has faced Baltimore fewer times than any other opponent (29 PA in 7 G), with all of those matchups occurring during his uneven 2016 season. Now, the Orioles come to Motown in the midst of a season-long losing streak, listing Ubaldo Jimenez and Wade Miley among their probable starters. Both have previously served up long balls to Upton while pitching for other teams.

When it could happen: May 15 (vs. Los Angeles Dodgers)

By completing three more innings on the mound, the 32-year-old will become the 12th pitcher to rack up this kind of workload with the Giants franchise. Only Juan Marichal and Gaylord Perry have done it since the relocation from New York to San Francisco. He’s the longest-tenured member of their current roster, even predating manager Bruce Bochy.

Werth will always have an association with the Philadelphia Phillies because of his postseason heroics there (particularly during the 2008 World Series title run). However, this is shaping up to be the sixth consecutive season that Washington finishes ahead of Philly in the NL East, and he’s had an influence on each of those results. Participating in all six scheduled games this week would further strengthen his bond to the Nats. Werth’s 776th game with the club also serves as his 1,551st overall in the big leagues, meaning this stint in Washington would officially account for more than 50 percent of his career total.