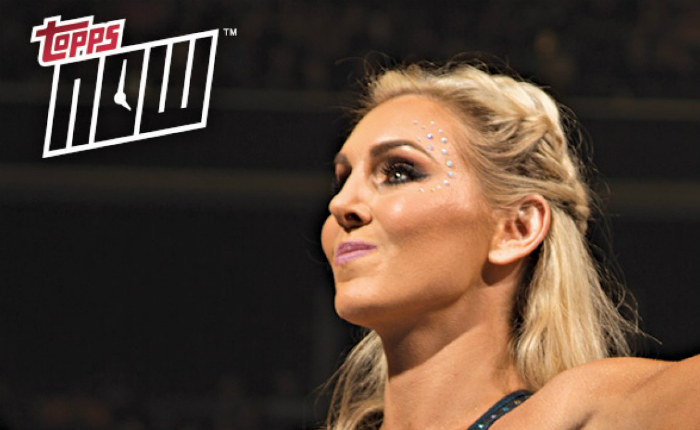 Last year’s Royal Rumble is probably most remembered for the arrival of A.J. Styles, could this year be remembered for another member of Bullet Club either returning or making his debut? The rumors have been thrown around for a while that Kenny Omega could potentially land with WWE and debut at the Rumble, but Omega has shot down those rumors, thus it should put an end to the speculation. However, Finn Balor, who’s been out since winning the Universal title over Seth Rollins at SummerSlam, could be a surprise entrant.

Balor, who tore his labrum when he was thrown into the barricade by Rollins during their match, was expected to be out six months — setting him up for a February/March return (or WrestleMania in April) — but he may be ahead of schedule, according to reports.

A Demon Balor entrance at the Royal Rumble would probably blow the roof off of the Alamodome and now that I’m writing this, I’m getting excited. Let me refrain myself.

A Balor entrance and win could spark a beef with Kevin Owens if Balor earned a win in the match and due to the fact Balor never lost his belt in a match, it’d make for a good storyline. I’m not expecting Balor to return, but if it did happen, I’d be plenty excited.

To get this ball rolling and to get my match predictions going, here are my picks to win at the event this Sunday.

The Club def. Sheamus and Cesaro

Luke Gallows and Karl Anderson have been somewhat embarrassed by the way WWE has treated them since they arrived last year. While they’ve gotten into plenty of good feuds, they haven’t been able to advance and they’ve yet to hold the gold — er, red I guess. Their most notable feud with The New Day had them losing championship matches multiple times before moving on to this feud.

Two Mondays ago, when the two thought they had earned the belts, the crowd reaction was approving and that has to bode well for The Club. I see Gallows celebrating in the future and I see Anderson going home to his hot Asian wife with one of the tag team titles.

This is a feud I have enjoyed so far. I know most aren’t excited with Nia Jax due to her limiting athleticism, but I think she’s a prototypical “beast”. It’s the epitome of Jack vs. the beanstalk. Wait, that’s not how it goes. Whatever. She’s not that immobile, but you get the idea.

Jax needs a defining victory to keep her relevant and the angles they’ve used with Jax attacking Banks while she’s training and backstage have all been tremendous. Sasha puts up a good fight, but Jax gets the pin over a lifeless Sasha after a big leg drop. This feud will mix well with the Charlotte/Bayley feud to set up a nice 4-Woman title match at Mania.

This isn’t a very good story. They threw Naomi in the mix on the very last SmackDown before RR and I don’t like it. Not because Naomi isn’t going to steal the show (she is), but because it’s so random. It wasn’t enough of an encounter with Bliss to incline this “rivalry”. I hope this is a good match and that they get the time it needs to build, but I have doubts.

As painful as Bayley’s poems were to listen to, she’s a hell of a wrestler. The WWE universe is going to get a good taste of that this weekend when she defeats Charlotte. Charlotte has boasted about her undefeated PPV streak for a little too long now and it has to come to an end sometime. What better way than to give Bayley a belt? It gets the belt out of the hands of Charlotte who has owned the title since it was introduced and gives Bayley some main roster credibility.

I LOVE HEEL NEVILLE. I love his attitude, his promos, his music, hell, I even love his angry accent when he talks. Neville was being wasted before he turned heel and attacked Swann a month ago and it couldn’t have gone any better. Since then, he’s turned the Cruiserweights division upside down and has proven he has a lot to offer to the WWE. The belt changes hands (again), but this time it’s a good changing of the belt.

KO gets the definitive victory over Vince’s favorite uce and this beef is squashed. Reigns needs to focus on getting his US Championship back. Kevin Owens is ready to move on to a better feud, hopefully Seth Rollins gets back in the mix before Finn Balor returns. I see Kevin Owens hitting Reigns with just about every move in his arsenal to finish off “The Guy”.

I know many have New Year’s Resolutions they’re already failing, but Styles definitely stuck to his 2016 plan of “beating up John Cena” and I love it. Styles and Cena have put on good shows before and I expect this one to be just as exciting. Hopefully, though, they get off this angle. I’m completely over Cena challenging A.J.

I’m a pretty big Cena hater, but I was totally engaged with their promos on Tuesday. I’m over the rivalry, but I’m fine with another match between the two as long as this ends Sunday.

The Miz wins the Royal Rumble

For the Rumble, there are a bunch of stories I’m interested in. I’m curious to see how WWE moves the Lesnar/Goldberg beef along. I think Lesnar will eliminate Goldberg and that’ll set them up for a WrestleMania rematch in April. As far as Undertaker goes, I think he’ll be eliminated by Braun Strowman in some form or fashion.

I think Sami Zayn has the best run of the Royal Rumble match and lasts over 40 minutes before ultimately exiting and I think Triple H is a surprise entrant and Seth Rollins’ theme gets him thrown over the top, possibly by Dean Ambrose.

The Miz has never been a wrestler I particularly liked, but this past year or so he’s become one of my favorite heels. He’s excelled in all feuds he’s had and while it hasn’t been in the squared circle, I’ve loved his “heat” with SD Live GM Daniel Bryan. He’s deserving of a push and I believe he comes out at about 28 or 29 and gets a win. I think he’ll either eliminate Zayn or Ambrose to get the win in the Rumble.

These are my picks, tell me what you think, what you hate or love.

The image used on this article is taken from the Topps Now WWE series of trading cards.