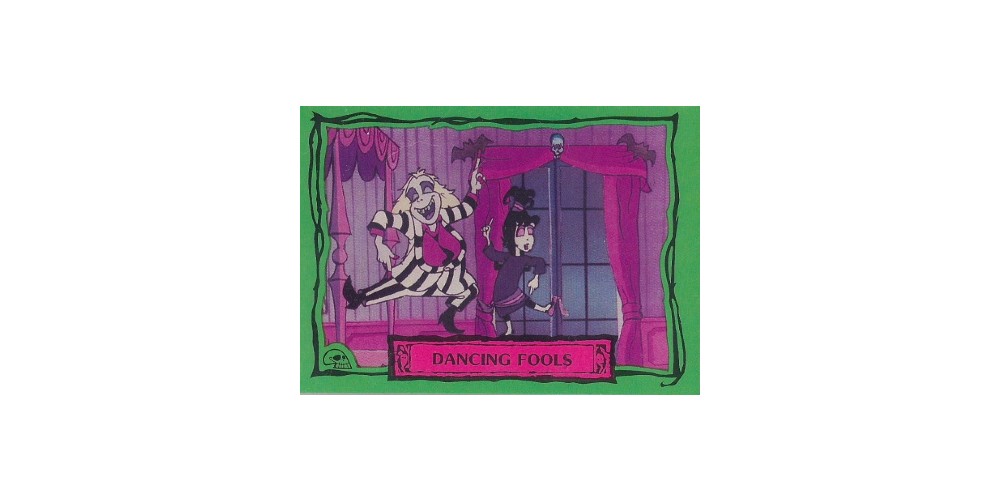 The 100 card set features scenes from the animated series based on the Beetlejuice movie. 20 untitled stickers were also included in this set.

The Beetlejuice animated series ran for four seasons between 1989 and 1991 and released 94 episodes. The series was created and produced by Tim Burton and film composer Danny Elfman rearranged his film theme for the series.

Each card in this series features a still from the show with a green and black border. Many of the images highlight the show’s gross out and bizarre humor and the reverse of each card includes a description of the front image.

Cards were released in packs of five plus one glow in the dark sticker. A factory set, complete with sticker inserts, was also available for purchase.

Dart Flipcards manufactured the set but were more known as a Canadian lunchbox company. Their work in the trading card business included some major licenses but was ultimately short lived with their final sets being released in 2001.