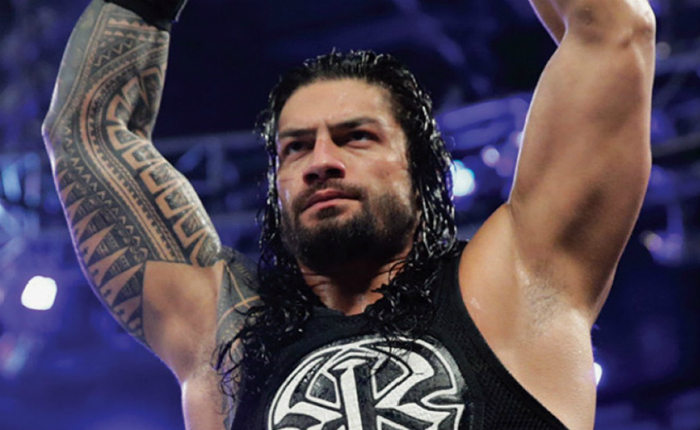 “It will never happen, Nick.” Yes, I know, more than likely that’s true. “The Big Dog” will remain on Vince McMahon’s gold-plated leash as he’s booked to be a super hero like McGruff the Crime Dog. But, what if McMahon and the writers do the unpredictable and have Roman Reigns turn heel at the biggest stage of them all when it comes to WWE, WrestleMania?

The response would be tremendous.

WWE has tried and tried to shove Reigns down our throats as the next John Cena, but his inability to produce top-quality matches and his mediocre microphone skills have made him one of the most hated wrestlers among WWE fans.

Reigns hasn’t been able to find his niche the way his Shield brothers, Seth Rollins and Dean Ambrose, have in their respective brands, but this could provide the greatest opportunity for Reigns. He has the chance to be bigger than both, if he’s used correctly which he hasn’t been to this point.

Reigns and Taker interacted at the Royal Rumble when the latter was eliminated by the former Shield member and my friend, Luke Johnson, said he could see a Reigns heel turn. I didn’t particularly see it, although I did admit I’d love for it to happen.

WWE set up Reigns’ match with Undertaker at WrestleMania on Monday the best way possible: with Taker putting Reigns on his back with a choke slam. If booking wants to do Reigns a favor, they’d have him take a few more bumps from Taker before they meet in April.

Taker should dominate Reigns at every turn proving why the WWE is still the dead man’s “yard”. Taker should have mind control over Reigns in their weeks leading to Mania. They can give Reigns a good victory at the end of the RAW right before Mania as he comes out to confront Taker, but WWE should begin the Reigns vs. Undertaker match the way they booked the Brock Lesnar-Roman Reigns match from WM 31.

My plan for the match is this:

Taker is dominating Reigns and drops him with a couple choke slams. Just as Taker is going for the kill as he prepares to hit Reigns with a Tombstone, Reigns and Taker collide with the ref, then Reigns hits Taker with a shot below the belt. A blow with just enough force to get Taker off-balance and allows Reigns to set him up for a superman punch. Reigns then finishes Taker with a spear to give the Deadman his second loss at WrestleMania.

If WWE wants Taker to not lose, Reigns could get disqualified in front of the ref, then go on to beat up the 51-year-old veteran with weapons.

Boom! Roman Reigns now has rightful heat rather than the pure disgust fans have for him right now. Sure, WWE loses out on some merchandise for the kids, but Reigns would finally have an angle.

The incessant pushing of Reigns has even gotten some of the biggest Reigns advocates (like me) to finally say “enough” and if they keep going the way they’re going with him, he’ll never get a fair shot at reaching his potential. Hopefully WWE does the right thing and turns “The Guy” into The Guy.