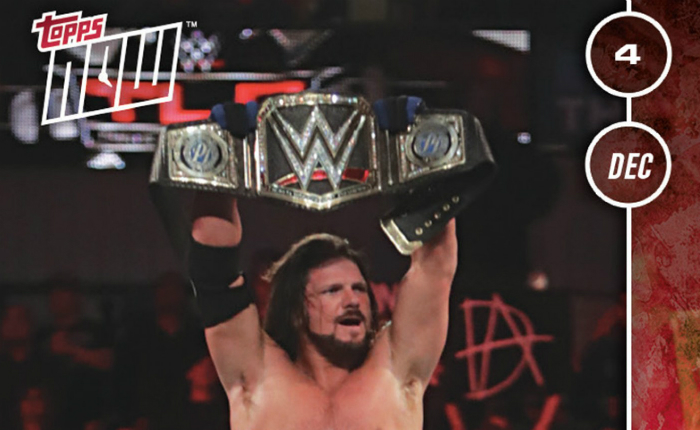 WWE TLC: The Good and the Bad

Tables, ladders and chairs have been a proponent for WWE since, well, “the good old days”. The 1990’s is when the matches began taking shape, but to me, a 24-year-old wrestling fan, I most remember them as the Hardys vs. Dudleys vs. Edge and Christian matches.

Well, on Sunday, the list of matches I’ll be remembering them for went up. Some matches also fell flat on their face and we’ll get to that.

First, I’d like to talk about a match that I couldn’t decide whether it was good or bad.

Baron Corbin vs. Kalisto. Man is this match the definition of redundancy. TLC was the gold standard for feuds that have been going on a bit, if not a painful amount, too long. Corbin and Kalisto definitely fits the latter.

I think both wrestlers are solid, first off. Kalisto is an absolute treat in the ring and produces some top-notch matches while Corbin fits his heel role almost to the T. And pairing the big versus the little seems like an obvious move, but after the matches continued, I was over it.

Now, aside from that, I found this match extremely entertaining. It was very watchable and the way the two wrestlers utilized the chairs was excellent. Had it not been for the tired story line, this would easily be on the good from Sunday.

AJ Styles vs. Dean Ambrose. I mean, this match had everything (tables, ladders and chairs, to be exact) and it kept me engaged the whole time. The heel turn from James Ellsworth definitely confused me, until I realized he probably wanted to use his WWE Championship opportunity on Styles.

The highlight of this match was the 450 from Styles onto Ambrose and the table as well as Styles’ Phenomenal Forearm delivered to Ambrose who was halfway up the ladder. All in all, I think this match was match of the night and it was phenomenal. Sorry, I had to.

The Wyatts vs. Heath Slater and Rhyno wasn’t a match I particularly saw coming. But, once the Wyatts popped up on that screen last SmackDown when American Alpha got the win, I knew I needed to see them with the belts. And, I got my wish. Randy Orton’s persona fits Bray Wyatt’s mentalist branding almost too well (now we just need him to work on that beard) and the pair, along with the under-utilized Luke Harper can be a force in the tag team division for SD Live.

Alexa Bliss vs Becky Lynch. Bliss taking the title from Becky was something that needed to happen. With Raw letting the title change hands almost every other week it was time SD Live let Becky pass it on as well. Not to say I want this feud to be over and I’m sure it isn’t, but it definitely needed to head in a different direction.

Dolph Ziggler vs. The Miz. Let me tell you, I can’t get over how great The Miz is. His heel work is second to probably only Styles on SD Live, if not in the entire business and he continues to put on great matches. Him and Ziggler is a beef I’ve almost gotten over multiple times but when they get in the ring together the results are amazing.

As far as bad, I honestly liked the majority of the matches, but one definitely stood out to me.

Nikki Bella vs. Carmella was easily worst match of the night. I mean, honestly, it wasn’t even worth being on a SD Live episode, let alone a pay per view. Using smoke from a fire extinguisher is about the softest thing you can do in a no disqualification match and well, they basically used it like an RKO. “It only takes one!” It was a piss-poor match and an even worse result with Bella getting the win over Carmella who certainly needs a feud win.

Oh, and I didn’t watch the 10-man tag match but I can almost assume that putting it here would work just fine. I’ll go back and make sure later, but for now, I’ll put it right here where it probably belongs. They ain’t hype!

Overall, as I stated above, I thought this pay per view was pretty good, especially compared to Raw’s most recent Hell in a Cell, which I felt was almost snooze-worthy. I’d give this PPV a solid 8/10.