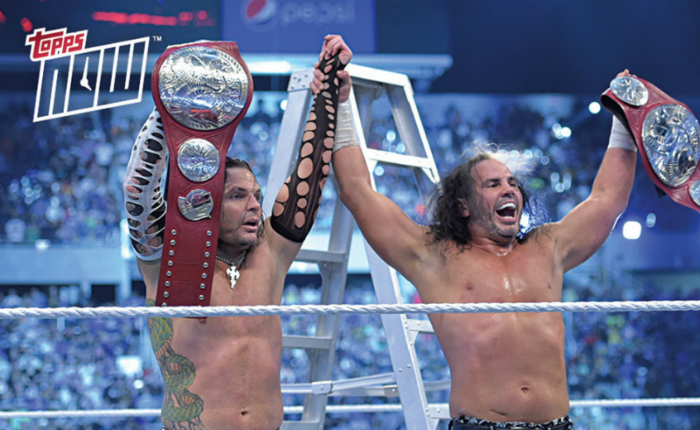 The Highs and Lows of WrestleMania 33

I’ve never been so torn between loving and hating a WWE pay-per-view as I was after WrestleMania 33 ended. I’m not going to cover all 13 matches, however, just some of the good and bad. Here are my highs and lows of WrestleMania:

My inner 7-year-old may or may not have come out when the Hardys’ music hit before the tag team ladder match. I was assuming The New Day was going to be the fourth team to enter the already-stacked triple-threat match for the belts, but when that music hit — well that’s what WrestleMania is all about.

I had some doubts about the match, especially after watching The Hardys’ ladder match with The Young Bucks right before Mania started, but this match absolutely excelled.

The spots were perfect and the Hardy Boyz proved they may have lost a step, but they can still thrill everyone and Thad’s what they did.

Jeff and Matt both showed what a true tag team looks like and their choreography was flawless.

As this story moves forward, I wouldn’t be surprised to have Luke Gallows and Karl Anderson use their rematch clause, but I think the real story here is the potential for Enzo and Big Cass to defeat The Hardy Boyz and go over on one of the greatest WWE tag teams of all time

Whoever thought up the ideas of worms, maggots and roaches computer-generated onto the ring should have been let back inside the box. I think when you envision it in your head, it sounds interesting, but when it was actually put out there, it just overshadowed a weak match.

This match got 50 seconds more time than the mixed-tag match. What. The Hell. Seriously, the storyline for this match was second-to-none in recent memory, yet WWE did what they do best and ruined it with a less than spectacular, short match.

Not only was the match not long enough to build, it also ended with a result I don’t agree with. I’ve said it for a couple years now, that Wyatt doesn’t need a belt, but since he was given one, he should have been able to have a run. He definitely didn’t. I don’t remember how many matches he had with the belt on the line, but it couldn’t have been more than two or three. It was almost just a stale period for the SD Live title and that’s sad in my opinion.

I was adamantly against this match., literally right until the bell rang. Then, the match happened and I thought, “Hmm, that wasn’t too bad.” It exceeded my drastically-low expectations and stayed under the five-minute mark I predicted.

WWE packed a lot of action into 300 seconds and it worked. Now, it’s up to them to throw a returning Finn Balor into the title mix. When the two went through the barricade, I almost jumped out of my seat. It was an amount of force that you don’t see in WWE very often. It was more like an NFL hit and with two former NFL players, it makes sense. Goldberg put on the match of his life in a losing effort and I doubt we ever see him in a ring again.

Brock got the win that had eluded him for over a decade and put an end to a feud that (to use a music analogy) was the mainstream hit for a highly-underground artist.

The Undertaker losing to Roman Reigns

This was an expected result to many, but maybe I was just playing dumb when I thought WWE would try to be a little spontaneous and have Reigns turn heel and assault Taker. Reigns did nothing that we hadn’t already seen before (aside from his tragic botch of what looked to be a tombstone).

The Undertaker on the other hand ended a historic career on his back, just the way he wanted to. The applause from the crowd along with The Dead Man laying his coat and hat in the ring is something I won’t forget for a long time. It was long overdue, but it was just something I didn’t ever want to watch happen.

This match could have boosted a heel run for Reigns, instead it will be remembered as an average match and the boo’s Reigns will hear on Raw are going to be a sad reminder of what could have been.

Overall, I think the show was one of the better PPVs in recent memory, but the card went downhill after the tag team ladder match. What did you think about Mania?