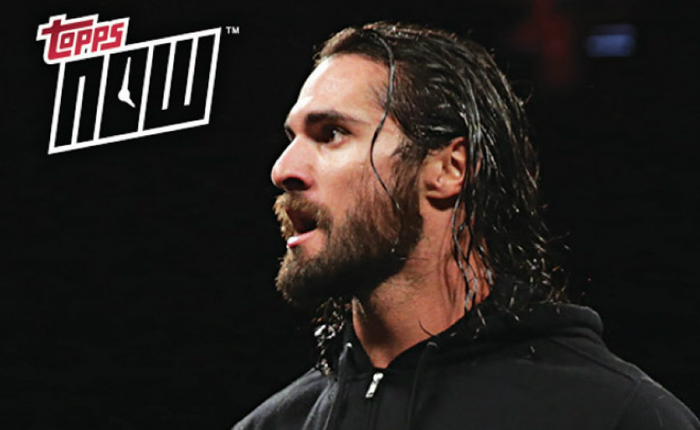 Almost two years ago, Seth Rollins took the nastiest RKO I’ve ever seen. At WrestleMania 31, Rollins faced the “Viper” Randy Orton and lost. Later that night, he cashed in his Money in the Bank case and pinned Roman Reigns to become WWE Heavyweight Champion. He was on top of the world.

Now, Rollins may miss his second Mania in a row due to a knee injury. The same knee he injured at a house show prior to Mania 32 last year. However, this time it’s rumored to be an MCL tear, which is significantly less damaging than the ACL, which he tore last year, along with his MCL and meniscus.

But, with the timetable of action he’d miss being about two months, Rollins could potentially be left off the billing for the biggest pro wrestling show of the year. Thus, begs the question: what will WWE do with Samoa Joe?

Joe made his debut on RAW this week and savagely, mercilessly beat Rollins up after Triple H pretended to pick a fight with Rollins, who has been after Trips since he handed Kevin Owens the belt last August.

When Joe went to put Rollins in the Coquina Clutch, his finishing submission move, Rollins leg got caught under Joe’s and it didn’t look good.

Joe is a tremendous talent and has been a heel for most of the time since he joined WWE. He had some compelling feuds with the likes of Shinsuke Nakamura and Finn Balor in NXT over the last year, but now that he’s on the main roster and his apparent feuding partner is on the shelf, he’s left with unideal candidates to oppose him in the future.

Raw has the most talent between the two rosters, that’s obvious. But, Raw lacks faces in my opinion. Especially now, with Seth Rollins and Finn Balor on the shelf, the only face that could really have a feud with Joe would be Sami Zayn, who hasn’t had a feud since he was eaten by Braun Strowman.

But, I’m not ready to throw the book out on Balor facing Joe. Joe was Balor’s last bit of prep-work at NXT before he joined the main roster and, though they’ve already used the storyline, it hasn’t been seen by the masses.

This is why the feud could blow up even bigger. If the WWE writers can bring the NXT story to primetime, it’d allow a whole new audience to witness the battle that Joe and Balor went through, particularly in their Steel Cage match.

Joe needs a feud, Balor needs to overcome the man who took his NXT title away and then beat him again in the rematch. It’s a win-win for both wrestlers.

The other possible opponent, Zayn, could also take on Joe and here’s how it could go down. Zayn never backs down from a fight and after Joe comes to the ring this Monday and gets on the mic bragging about how he took Rollins out, he offers any one on the roster to challenge him. Zayn steps up to the plate and there you have it.

Zayn and Joe also have history as they challenged each other to see who’d become the No. 1 contender to Balor’s belt in early 2016.

These are just two thoughts I have on the matter and hopefully the WWE writers can get the ball rolling. Many fans who watch NXT hope that when the stars of Wednesday head to Raw or SmackDown that they don’t get wasted *cough* Ascension *cough*. I doubt Joe gets overlooked due to the amount of talent, and especially the experience, he has, but it’s a tough situation, especially for Seth Rollins who worked so hard to return from that brutal leg injury.