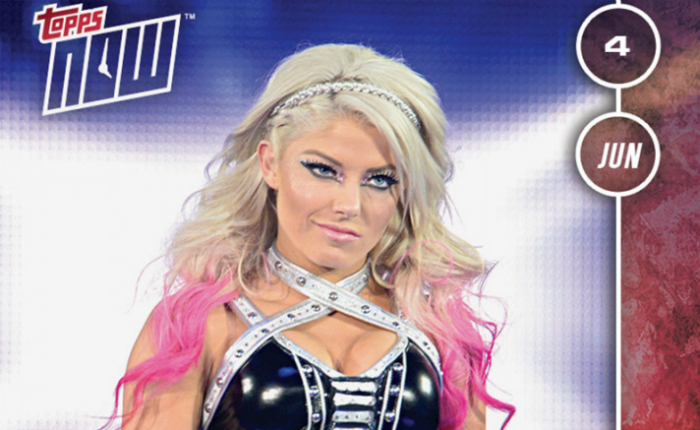 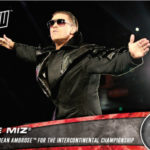 Kicking the main card off was the pair of Miz and Ambrose. This match, to me, had some low expectations. I think WWE’s biggest mistake was the stipulation they made that if Ambrose was disqualified he’d lose the title. With Ambrose being one of the toughest and most ECW-feeling character in the WWE, it didn’t make much sense to me that they didn’t use him to his full capabilities in a handicap match of some sort.

The match itself, however, was as expected, fueled with interference and Miz’ devilish tactics. Ambrose wasn’t able to overcome the tough breaks and The Miz finished him with a Skull Crushing Finale to earn his seventh Intercontinental title. 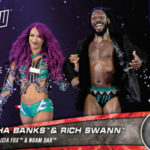 Another match I didn’t have much affection towards since I don’t really care for the mixed tag matches since it doesn’t leave much room for creativity when only two wrestlers can fight with each other, primarily. Also, the whole cat-fight thing WWE loves to have these talented women wrestlers engage in causes me some issues.

The match, though was full of back and forth action as the teams took turns controlling the fight. It ended, however, when Banks landed a top-rope knees to neck on Dar and Swann landed a 450° Splash to get the pin. 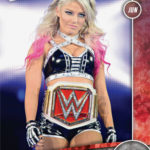 Man, WWE just destroyed Bayley with this match. And not only that, the match was awful. These are two of the best that WWE has to offer in the ring and they got five minutes to wrestle. There was just everything wrong with this feud from trash promos to weak building. It curtailed as the worst match of the night. 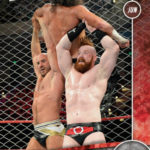 This match and story line to go with it was a complete 180 from the prior match. It was built well and ended on a high note, for now. This match was a steel cage match and the only way to win was for both members of the tag team to make it out and get both feet on the floor. Both teams utilized the unforgiving steel cage as they assaulted their opponents with it. This match may have had the most top-rope maneuvers of any match I’ve seen. Matt Hardy took the brunt of the punishment as he was double-power bomb off the cage by Sheamus and Cesaro. He also caught a tag-team White Noise from the pair. Jeff Hardy had the move of the match when he leaped from the top of the cage and hit Sheamus and Cesaro.

Jeff, who had already escaped from the cage prior, went back to help his brother but that would the Hardy’s downfall as Jeff was never able to recover from his death-defying stunt. As Matt attempted to drag his brother out of the cage through the door, Cesaro and Sheamus climbed the cage and dropped to the floor just a mere second before the Hardys to win their second WWE Tag Team Championships. 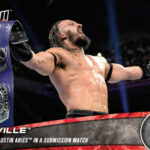 This match earned the title of Match of the Night for me. It was full of risky measures and the will to keep fighting. Both men sold the match incredibly well synthetic both ended limping away from the ring in what was a win by submission only match. Aries had multiple chances to earn the victory of Neville, but the only time he could The King of the Cruiserweights to tap was outside of the ring where it was meaningless. Neville, though, was on a mission to continue his unbeaten streak in title matches since winning the purple belt of the WWE’s 205-division. He finished Aries off with a Red Arrow before forcing him to tap out to the Rings of Saturn. It was the third time Neville defeated Aries for the belt so I doubt we see another match from them for a while. 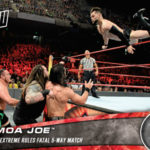 This match had everything you could ask for: the bullies, the mind games, high flying risk-takers and… The Big Dog. Just kidding about that last one. But, every piece of this match was about as flawless as could be with five wrestlers going at it at once. The timing of the wrestlers was above-par and I don’t have anything to complain about. As Balor and Wyatt went at it and Rollins and Joe did the same, Reigns lied in wait in the ring with no one to battle with.

However, it wouldn’t last for long as Wyatt and Joe linked forces to cause destruction on the three other competitors. Joe and Wyatt both utilized the no-disqualifications clause as they abused the Reigns, Balor and Rollins with the steel steps and metal chairs as the match went on. The agreement between Wyatt and Joe lasted until Wyatt threw Joe into a leaping Rollins who dove through the middle rope and took Joe out. Reigns looked to take control of the match as it climaxed, but Balor set him up for the coup de grâce. Once connected Balor jumped on Reigns to become the No. 1 contender for Brock Lesnar’s belt, but just as the ref was set to count three, Joe jumped on Balor and put him in a Coquina Clutch out Balor to sleep.

Overall the pay-per-view was entertaining, especially the last three matches, but it wasn’t anything special. If you didn’t watch it, I’d recommend skipping the first three.

All images included in this recap are from the Topps Now WWE product line and can be purchased via the link below.