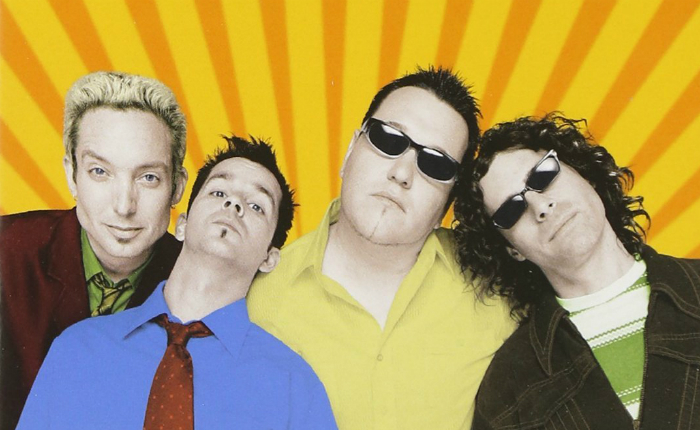 Smash Mouth Feuds with the Oakland Athletics on Twitter

It ain’t no joke but Smash Mouth does not seem interested in buying the Oakland Athletics world a toke after a strange evening of Twitter jabs resulted in a feud that A’s fans will remember as a highlight of the 2016 season.

The back and forth, which was preempted by a series of bitter tweets directed at A’s flagship station 95.7 earlier in the day, began with a simple reply to a John Shea tweet and quickly spread to include a number of fans and Sean Doolittle.

@JohnSheaHey The A’s are a joke, good for CC!

After an hour of “one hit wonder” and Shrek jabs, the death knell came when Oakland’s Twitter author, who is now a legend among A’s fans lucky enough to be up tweeting on a Friday night, tweeted the following:

@smashmouth @whatwouldDOOdo Guess you’ve got it all figured out. Except how to make a hit since 1999.

There were a couple lesser tweets exchanged after the A’s hit send on this one but, as is always the case, A’s fans stepped up for their team and showed Smash Mouth a thing or two about devoted fan bases. Here’s a quick compilation of the best we saw.

who runs the A’s twitter? they deserve a key to the city of Oakland imo

Why is Smash Mouth trying to be relevant again

@smashmouth @Athletics we will have him for a few more summers or by your math 32 county fair shows.

When they’re on your side, nothing beats A’s tweets.

Smash Mouth couldn’t be reached for comment for this article, not that anyone at Hero Habit tried, and there are no puns or song references in this article beyond the first line because, frankly, we only know the two songs. Our continuing coverage of this online beef will, hopefully, end here but we are secretly hoping that Sugar Ray and Everclear are waiting in the wings tomorrow night.

Not to be out done by the relevance of a Smash Mouth feud, Jose Canseco dropped this well structured and coherent tweet on everyone as well.