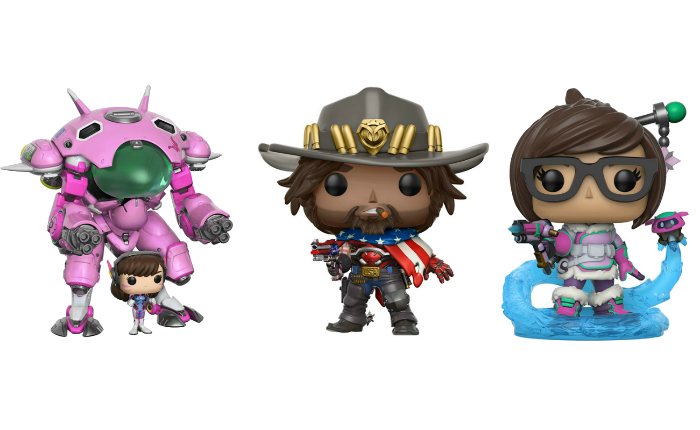 Overwatch is a wildly popular and critically acclaimed team-based, first person shooter video game and coming this April, a second wave of characters from the game will be featured in the Funko Pop Games line of vinyl figures.

Two of the figures (#92 and #95), are variants on first wave figures and #177 and #178 are over sized. The complete checklist of new additions is as follows:

This second wave of figures brings the total number of Overwatch characters to 20 including nine retail exclusives. A complete checklist of the entire line of Funko Pop Games figures can be found under the tab at the top of this page.