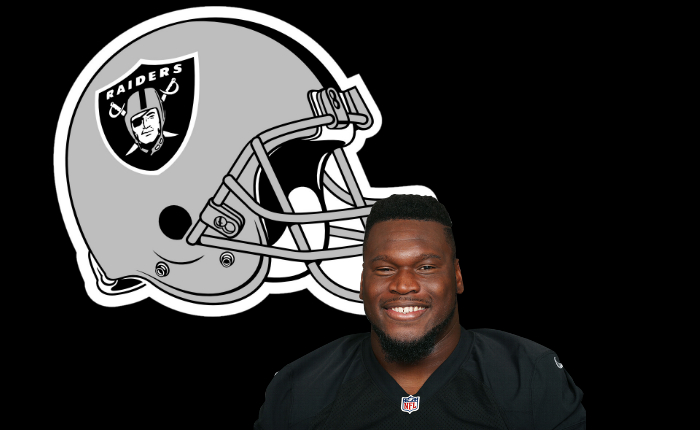 It’s been some years now that the Oakland Raiders and Denver Broncos rivalry has dwindled to being more-or-less meaningless. But after dropping eight straight to the Broncos dating back to 2011, the Raiders have now won two straight against one of their most notable rivals and renewed that old flame.

Their first match-up of 2016 set itself up to be an absolute classic. A Sunday Night game, the first scheduled for the Raiders since 2006, and a game that matched two 6-2 AFC West teams against each other. A battle for, not only first place, but to see who would drop into third place after the Kansas City Chiefs got a win earlier in the day.

The Raiders got a dominating home victory over the Broncos in probably their biggest game since 2011 and gained sole possession of first place in the process. The Raiders, now at 7-2 through nine weeks of the season, get to relax and enjoy their bye week before heading to Mexico to face the Houston Texans, who lead the AFC South division at 5-4.

The Raiders defense started the game just about as perfectly as you could ask as they forced Denver into a three-and-out with their first possession after the Raiders deferred to get the ball until after halftime.

The Raiders offense then marched into the Broncos territory before having to settle for a field goal to put them up 3-0. On the next set of drives for either team, it was lather, rinse and repeat as the Raiders once again got off the field after three plays and the offense drove and settled for a second Sebastian Janikowski field goal.

Another drive by the Raiders would set Oakland up inside Denver’s 10-yard line to begin the second quarter and within a minute of the second period, Latavius Murray cashed in on a one-yard run for the touchdown. It would be Murray’s first of three on the night, a new career-high.

The battle of the trenches was clearly won by the Oakland offensive and defensive lines as the Raiders out-rushed the Broncos 218 to 33.

Murray, who had 20 carries, finished with a 5.7 yards per carry average which totaled 114 yards on the ground and Jalen Richard and DeAndre Washington combined for 18 carries and 97 yards well (good enough for about 5.4 yards per carry as well.

With the run game working, the Raiders didn’t have to rely on Derek Carr much and that was probably a good thing because Carr wasn’t his usual self as he had some under-thrown passes and didn’t control the game as well as he tends to.

In addition to the run game alluding some pressure off of Carr, it also helped the Raiders keep their defense fresh as the Raiders had the ball for over 41 minutes compared to Denver’s 18 and some change.

Khalil Mack had a pair of sacks on the defensive end and for the most part the Raiders corners, including TJ Carrie who filled in relatively well, held the Broncos receivers in check.

Overall, it was a dominating performance for Oakland, who prior to a 69-yard catch and run by Broncos’ Kapri Bibbs, had a 30-13 lead in the fourth quarter.

Last week, Donald Penn was the only member of the line who got this honor, but this week he’s joined by a few other 300-pounders. The Raiders offensive line set the tone for the game as they manhandled and punished the Broncos’ defense. Penn mentioned to reporters after the game that at one point in the game, the Raiders ran the same run play 10 times in a row, while varying who they’d double team depending on how Denver lined up.

But, a quote like that means just one thing: the Raiders completely had their way with the Broncos. It was noticeable for fans and I’m sure plenty of national viewers took notice as well. The Raiders offensive line, led by Rodney Hudson, Kelechi Osemele and Penn is something teams need to worry about.

The Raiders are 7-2. There’s not much to complain about. But, there still lies the issue of the Raiders’ defense giving up big plays and allowing teams to even think they have a shot. Not only was Trevor Siemian‘s 36-yard touchdown pass to Jordan Norwood bad, but the play to Bibbs irked me because it was just a mental lapse and some missed tackling. But, little plays like that can give a team confidence and can put a damper on your defense. The team can get better in specific situations, but like I said, there’s not much to complain about.