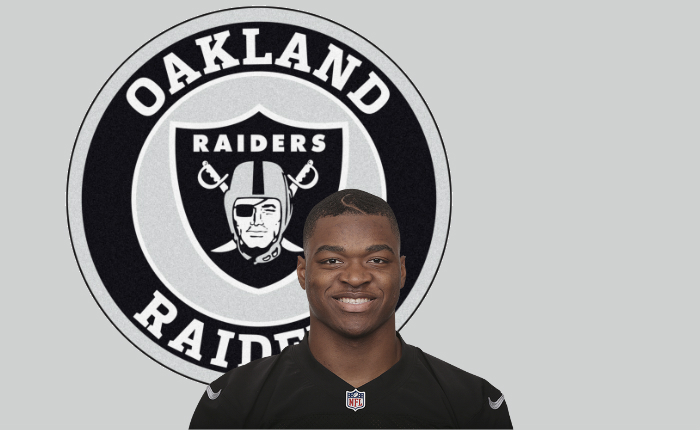 The Raiders defense is its Achilles heel. That is for certain. But on Sunday, the Raiders’ biggest issue wasn’t simply on Ken Norton Jr.’s defense. It was a completely dominating performance by the Kansas City Chiefs, who seemed to do everything right.

This is nothing new for an Andy Reid-led team. Reid’s teams are now 16-2 after bye weeks and Reid’s Chiefs have beaten the Raiders six of the last seven meetings the teams have had.

The Raiders defense, which continues to sit 32nd in overall yards allowed, gave up 406 yards on Sunday with 183 coming on the ground. It’s going to be tough to win games with trash performances like that, but it also doesn’t help when your offense goes scoreless in the second half. Simply put, the Raiders were outmatched.

The Raiders’ coaches were outsmarted as well, with Reid and co. keeping the Raiders off balance on both sides of the ball. The Chiefs even had a 7 for 13 day on third downs which helped them get their 22 first downs.

The Raiders got off to a very quick start after Derek Carr connected with Cooper on the way to a Raiders touchdown on the team’s opening drive. Carr hit Andre Holmes in the back of the end zone to give the Raiders a 7-0 lead, which wouldn’t last long.

Heading into the second quarter, the game was tied. A missed extra-point by Cairo Santos on the Chiefs’ second touchdown of the game made it 13-7 Kansas City before Sebastian Janikowski knocked in a  field goal to end the half.

From there, it’d be all Chiefs. The Chiefs had almost twice as much time of possession as the Raiders, about 37 minutes to 23. Carr was 14 of 18 in the first half but finished 22 of 34 overall. That’s just a 50 percent completion rating in the second half.

The Raiders rushing attack only had 28 yards at half and once the Chiefs drove down the field to start the third quarter and made it a two possession game, the Raiders were forced to almost abandon it.

Cooper, with 10 catches and 129 yards, was pretty much the only highlight of a crappy Raiders performance. It was his second straight big game. The only issue is his big games have seemed to lead to quiet games from Michael Crabtree. The Raiders need to figure out how to get, and keep, both involved.

I mean… it’s getting pretty repetitive, but this defense is atrocious. On paper, the lineup could be considered good, but on the field there seems to be no effort. Or maybe that’s just because the team is so unprepared. At least that’s the way it seemed. The Chiefs ran for twice as much as its per game average against the Raiders and Alex Smith had three incomplete passes (19-22). I mean, what more is there to say? They have to turn it around. Mario Edwards Jr. will be returning in a few weeks hopefully but there are more problems than just him out of the lineup.