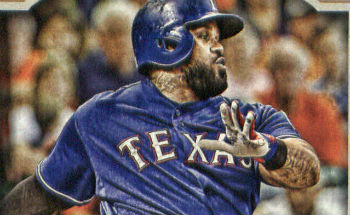 Prince Fielder to Finish with Equal Homers as Dad

Much has been written about this week’s announcement that Alex Rodriguez was “retiring” as of this coming Friday. We here at Hero Habit are not taking a firm side on the A-Rod debate but we’re choosing to focus on today’s news that Prince Fielder is expected to announce his exit from baseball at a press conference tomorrow.

Prince Fielder, who made his major league debut in 2005, has been a power hitting threat for three teams. He spent six full seasons (his rookie year was technically 2006) with the Milwaukee Brewers and in those six years his shortest season was 157 games. He then moved to Detroit for two seasons where he played 162 games both years. In fact, between 2006 and 2013, Prince Fielder only missed 13 games. He was a work horse who, in those years, was a five time All Star, three time Silver Slugger, and a four time top-10 MVP candidate.

Then, in 2014, in his first season with the Texas Rangers, Prince Fielder found himself on the DL and undergoing season ending neck surgery. At the time of his DL assignment, he was the league leader in consecutive games having tallied 547. His return in 2015 seemed to indicate that things were right back on track. He played in 158 games, made an All Star appearance, and finished 13th in MVP voting. The Rangers were in the post season and Fielder was back at the top of his game.

Then, in July of the 2016 campaign, it was announced that Prince had herniated disks in his neck and at the end of that month underwent his second neck surgery. The timing of his departure announcement may be a surprise to some (why not just ride out your time on the DL and announce it this winter?) but the content of the announcement should surprise nobody.

Prince Fielder played the game the game hard and with great success and will end his career with some important milestones he shares with his father, Cecil Fielder. Both men are members of the 1,000+ RBI Club, ranking at 275 and 255 all time, and they will both rank 116th for having hit 319 major league home runs.

Here are the stat lines for the father and son.

It is important to note that Prince Fielder is not retiring. As Ken Rosenthal tweeted out earlier today, Fielder has actually been deemed medically disabled and is unable to continue in the game. The distinction here is, of course, money. If Fielder were to retire, he would forfeit the nearly $100 million still owed to him in his contract. Medical disability, on the other hand, does not have any effect on his guaranteed money.

It is always sad to see a great player exit the game. Prince Fielder has been the player you love to hate for many years now and while opposing fan bases made fun of his stature, nobody made fun of his ability to play the game. It would seem, after almost three decades, the Fielder legacy is nothing but a memory.

Good luck, Prince. No doubt, you’ll be around baseball for many years to come.