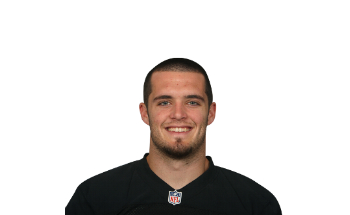 Ballsy. That’s not exactly what I expected to lead a Raiders recap off with, but after Sunday’s performance there isn’t much else that describes the victory any better.

Whether it be Derek Carr’s flip for a first down or the end-all-be-all two-point conversion with under a minute to play in the game, the Raiders players and staff flaunted their cojones (figuratively, thank God) and earned a hard-fought, season-opening victory for the first time since 2011.

Heading into the Big Easy to face an offense as potent as the New Orleans Saints is no easy task but the Raiders were able to escape with a 35-34 win.

The Raiders started off the game well when Bruce Irvin stripped Drew Brees of the football in Saints’ territory, which led to a field goal for Oakland. The Saints responded with a field goal of their own before Latavius Murray rushed into the end zone to give Oakland a 10-3 lead.
It was then that the Raiders looked, well, like the Raiders of old. The Saints picked Oakland’s defense apart on their way to a 24-10 lead.

The Saints put up a 75-yard drive, an 80-yard drive and Brandin Cooks dusted Sean Smith for a 98-yard touchdown.

But, while some may have written the Raiders off, the team and their coaches were ready to battle back.
Heading into the final quarter down 24-13, the Raiders were able to drop 22 points on a Saints defense that saw one of their primary defensive backs, Delvin Breaux, go down with a leg injury.

While rookie Jalen Richard’s 75-yard touchdown run through New Orleans was a huge game-changer, it was overshadowed by the gutsy final drive Oakland had which ended with a Derek Carr touchdown to Seth Roberts and ultimately a one-on-one jump ball to Michael Crabtree, which gave the Raiders the lead.

Oakland’s front lines on offense and defense have been some of the most talked about this season and while the defense didn’t put as much pressure on Brees as they’d have liked, the offensive line dominated for most of the game allowing Carr adequate time to throw on countless occasions and opened up key holes for the Raiders’ second half rushing attack which thrived.

Derek Carr
24-38, 319 yards and 1 touchdown.
While the stat line isn’t crazy good for Carr, his leadership on the last drive was key to the team earning their first win of the year. Also, Carr completed passes to eight different receivers and had two successful two-point conversion throws, one to Amari Cooper and the aforementioned loft to Crabtree.

The Raiders offense stalled out plenty of times in the first half leading into the third quarter and that was mostly due to the run game not working. The team however stuck to the plan and were rewarded as the game went on. The Raiders, though, will need to get their run game going a little earlier if they hope to match up with some of the better defensive teams.