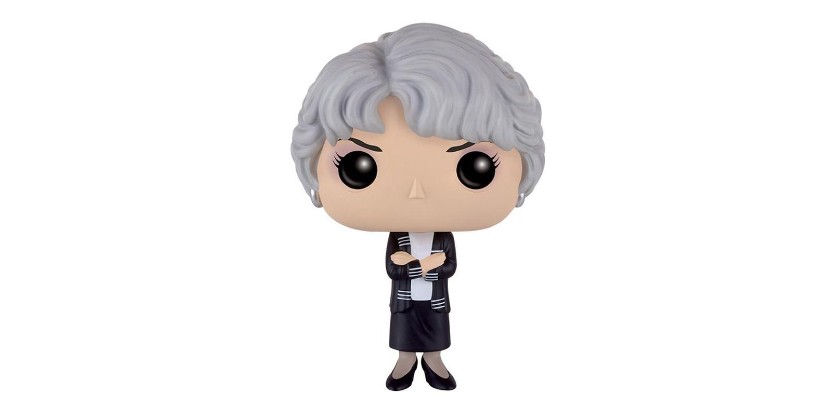 The pandemic had everyone doing things they may never have dreamed of. For some it was baking bread and for others it was watching every episode of The Golden Girls — more than once.

The show is available to stream online and seems to be endlessly available on syndication so checking out a few episodes now and then is never a difficult task but one thing binge viewers will quickly learn is the sheer number of flashback and clip shows the series utilized to either fill time or develop a continuity that would most certainly be ignored by the following episode.

Several of the flashback episodes were 100% original but formatted in a clip-show manner with one of the girls saying something like, “remember that time when…” or “who was it that got us into that pickle, oh yes, I remember…” as the screen faded to another scene. As for the straight ahead clip shows, they were usually centered around a simple plot device such as a holiday but, towards the end, got increasingly weird.

Maybe it’s unfair to use the term weird for a show focused on four senior women who all end up in jail at some point during the show’s run. Below, we break down the many, many flashback and clip shows from the seven seasons of Golden Girls.

The first Golden Girls clip show is more of a flashback to clips that never happened in the actual series. In this episode, the girls recount how they all came to meet and live together and functions more like a pilot despite being the final episode of the first season. With 24 non-clip show episodes preceding this one, it may be the longest stretch for the entire run of the series!

The conceit of this clip show is that the girls have too many relatives coming to visit at the same time and need to figure out how to set sleeping arrangements. This leads to a series of flashbacks to instances when they slept outside of their normal habits. When you think about cheesy 1980s clip show setups, this should rank high on the list.

Most long running shows will have one or two clip shows during the run. Very few attempt two in the same season! Only seven episodes separates this birthday party clip show from the preceding bedtime show and when considering the fact that the following episode was a backdoor pilot for the series Empty Nest, the Golden Girls team really phoned in the end of the second season.

You’re not going to believe this but if you binge watch The Golden Girls, there are only two episodes between this clip show and the last. This masterclass in storytelling recalls attempts the ladies had made to make some extra money on the side. This has to be the sole clip show of the third season, right?

You’d be wrong about that! Just a few weeks after episode 2, the gang is so angry and irritated with each other that they visit a psychiatrist to hammer out whether or not they should remain roommates. Of course, each woman’s complaint is told through a series of flashbacks because telling a linear story was tough in 1987.

This episode originally aired as an hour long clip show and, unlike some of the flashback episodes that preceded it, is a true collection of old series clips. An hour of clips for a show with only 68 episodes to that point. This would feel like a lot even if it wasn’t the third clip or flashback show of the season.

While watching season three, it can be difficult to remember how stories are traditionally told on television. This episode is focused on Mother’s Day — the title probably gave that away — and is a flashback episode to clips that were produced specifically for this story line. As always, it’s just the girls sitting around introducing clips. This also serves as the final episode of the season making a three season tradition of ending with some sort of flashback (if you consider season two’s final episode a standalone spinoff attempt).

It took a little longer to get a clip show out of season four but the girls didn’t disappoint. This episode, like Mother’s Day from the previous season, is just four ladies chatting about ways they celebrated the holiday of love. That’s it. Nothing crazy.

Here’s where it gets crazy. The plot device for this two part episode is centered around President Bush potentially visiting their home and each clip is introduced as part of a background check conducted by the secret service. Even by television’s standards of the day, this one is a stretch.

This lighthearted, charming double episode is centered around *checks notes* Sophia being investigated for arson. With their 85 year old roommate facing prison time for burning down her former retirement home, the girls decide to have a chat about happier times. Of course, it all works out in the end, hilarity ensued, and no octogenarians were sent to prison to live out the remainder of their days. Remember the simpler days when the clip shows were just flashbacks to Valentine’s Days and trips to a grocery store?

Thankfully, for the first clip show of the seventh season, the high concept approach has been shelved and a more traditional flashback episode is presented where the girls, minus Dorothy who is out on a date, share stories of their worst dates.

It is very possible that there are more episodes than these listed that should be included. Several episodes have single-scene flashbacks (particularly to Dorothy’s youth) that deserve honorable mentions. At the end of the day, though, it’s a safe wager to figure that no sitcom before or since has leaned so heavy on this type of story telling.