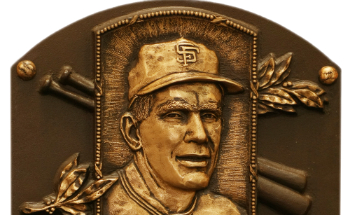 The San Francisco Giants are set to unveil a statue of Gaylord Perry, the hall of fame pitcher who spent his first 10 professional seasons with the bay area team.

Gaylord Perry, standing at 6’4″, was an imposing right-handed pitcher who came to the mound backed up by years of controversy. It was widely known, though he wasn’t punished for it until his 21st season, for throwing a “spitter” or, at the very least, letting batters believe that he was throwing it. A spitter pitch is simply what it sounds like it is; adding saliva to the ball to unbalance the weight and create additional, unnatural, movement. Whether this is cheating or fair gamesmanship is still a hot debate.

Vince Cotroneo, radio broadcaster for the Oakland Athletics, maintained on a radio interview this morning that if it happens “between the lines” it’s fair game but his answer hardly ends the decades old debate.

It is fair to discuss the spitter since Gaylord Perry himself bragged about it and named his own autobiography, Me and the Spitter which was released in the middle of his big league career but aside from that, it is without debate that Perry was a monster on the mound and deserving of the accolades he has received.

During his 10 seasons with the Giants, Perry was a two-time All-Star and twice finished in the top 20 for MVP votes. He pitched in 367 games and maintained an ERA of 2.96 with a 1.152 WHIP. Most striking in his stat line, and a huge example of how the game has changed in 50+ years, Perry pitched 125 complete games with the Giants, 21 of which were shutouts.

Despite giving a decade to the Giants, Gaylord Perry pitched the bulk of his games for other teams and it was with these other teams that he earned two Cy Young Awards, making him the first to win the award in each league, and three more trips to the midsummer classic.

Gaylord Perry was inducted into the Baseball Hall of Fame in 1991 in his third year of eligibility and ranks highly in various pitching statistics including 13th for Pitchers WAR, 17th for wins, 6th in innings pitched, and 16th in shutouts pitched.

Perry’s statue will be the fifth honoring a former player at AT&T Park. He joins the ranks of Mays, McCovey, Cepeda, and Marichal to be immortalized in bronze around the beautiful San Francisco park.