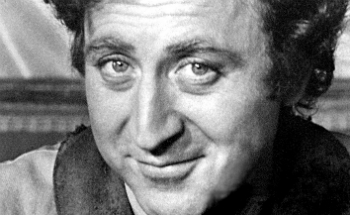 One of the great things about the entire world being connected is that good news spreads like wild fire but the same is true of sad news and today’s news of Gene Wilder’s passing seemed to flood social media in minutes.

Details of his death haven’t been released yet but the details aren’t of great import. What is important is the life and work that Gene Wilder left for us all to enjoy. For so many people, Gene Wilder has been a part of each stage of our lives. We laughed as Willy Wonka ate the teacup when we were children, when the Waco Kid baited some clansmen with a black man looking for white women as teenagers, and when Leo Bloom had a meltdown as adults. His films have remained timeless, funny, and bitterly sardonic and his deadpan humor puts him on the Mount Rushmore of comedic actors.

Gene Wilder defied comedic norms by playing the straight man to the world’s absurdity. Abbott had Costello, Laurel had Hardy, but Wilder simply had his surroundings and his dry, uninterested delivery could have an audience roaring with laughter at a punchline that wasn’t particularly funny.

Take “Young Frankenstein” for example. While sitting around the breakfast table discussing the desired body type needed for his experiment, Teri Garr says, “he would have to have an enormous vonshtooker” which, for most comic writers, is the punchline but Wilder takes two beats, thinking to himself, and simply replies, “that goes without saying” which becomes the biggest laugh of the scene.

There are very few performers who have ever possessed the timing needed to make that line hilarious and many of them are probably stealing from Wilder’s style in their own delivery.

His deadpan delivery was only one aspect to his genius, though. He was brilliantly physical, instantly empathetic, and quietly sinister all at once. He brought heart to characters with deep flaws and grounded the most obscure personality types in a reality that seemed simultaneously real and fantastical.

With a glimmer in his eye and a half smile, Wilder could instantly have an audience on his side which made him an excellent scene partner for Richard Pryor who, in many ways, was the perfect counterpoint to Wilder. While some of their movies have suffered at the hands of time and trend, it cannot be argued that the performances preserved on film were anything less than superb, subversive, and sublime.

Recently, Willy Wonka was on TV and as I am wont to do, I watched it. I can quote every line of dialog from that film after 30+ years of dedicated rewatching. I know every inflection, every beat, every sideways glance. I can sing along on the boat ride and I know exactly how hard he lands the word “stole” when he says, “you STOLE Phizzy Lifting Drink.” But knowing the film as well as I do, I never realized until this most recent viewing how much of my own sense of humor was informed by Gene Wilder.

I’m not nearly as funny or clever or dry as Wilder but after watching his movies for over three decades, a great deal of his inflection has rubbed off on me and I proudly steal a lot of his tricks to get a laugh. As I scan the tributes on Twitter this afternoon, I see that I do not stand alone in my adoration. Gene Wilder has made us all funnier and more impressive than leaving us with the gift of laughter is that Gene Wilder left us with the ability to gift laughter to others.

You were a giant, Mr. Wilder. Rest in peace.