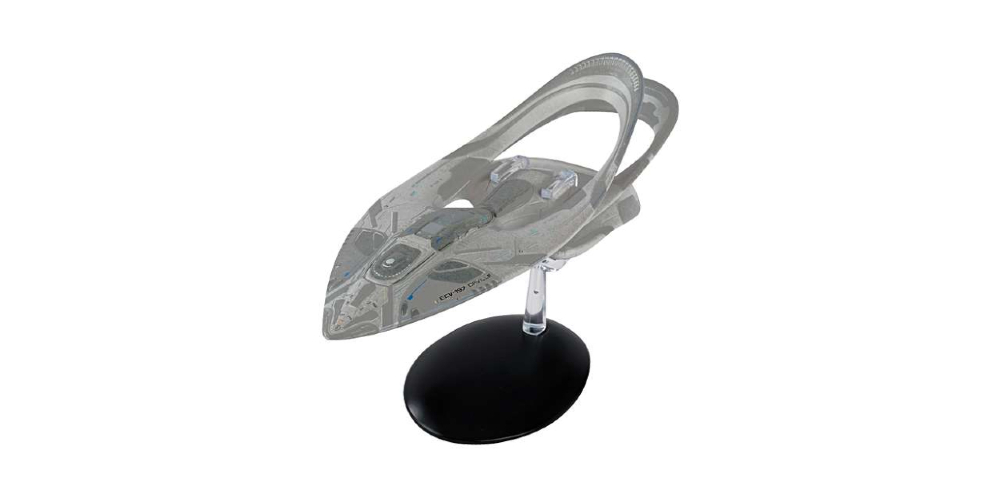 Eaglemoss Orville Ship figurines bring the fleet of ships from the Seth MacFarlane series to your collection in stunning detail.

Each die-cast ship is hand painted to bring out greater details and is mounted on a base for easy display. Standard figures measure around five inches (give or take) while XL editions measure around 10.

All ships in this series include a 16 page magazine that includes full-color images, a profile of the ship, concept art, and behind the scenes photos and information from the series.

The Orville is a live-action television series created by and starring Seth MacFarlane. The series is a mix of comedy and drama and satirizes classic space franchises as much as it pays homage to them. The series premiered on Fox in 2017 and ran for two seasons, releasing 26 episodes. The third season of the show was moved to the HULU streaming network and will not be broadcast on Fox.

Clicking a link within the checklist will direct you to an affiliate retailer or to relevant eBay listings for that ship. Collectors can pre-order future ships via Eaglemoss.

Eaglemoss Orville Ships is the first release for this franchise among Eaglemoss collectibles.

Find on eBay
Find at Eaglemoss