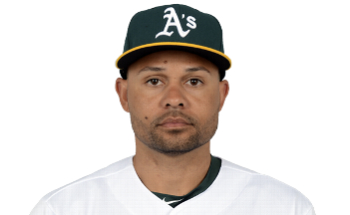 Don’t bother reading this article until you’ve read Susan Slusser’s interview with Coco Crisp for the Chronicle. She’s the best in the business and I have no intention of turning her reporting into my article.

Coco Crisp is a fan favorite in Oakland. Maybe not among the die hard cynics who point to his oft-injured latter years with the team but to the general fan base who go to fireworks nights and buy jerseys, he ranks pretty high on the list. Because he’s a fan favorite, it is disheartening for fans to read this interview with Slusser and have the seedy underbelly of the baseball business thrust into public view.

The fact of the matter is that both sides are right and both sides are wrong and there’s no definitive “sure bet” to resolve this issue. Coco Crisp can’t prove that he’s not being benched because of his lackluster batting line or the need to test out next year’s prospective players and the Oakland Athletics can’t prove that they’re not sitting him because they don’t want to pony up the dough for 2017. 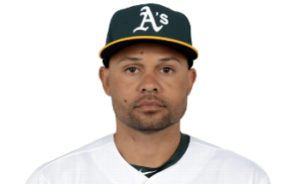 While it is easy for critics to point to the $53 million the A’s have paid to Crisp and say that enough is enough, the crux of this treatment, whether perceived or actual, is the principal of the contract.

Crisp is one of the few longtime players that fans have had to gravitate to during the Billy Beane era of baseball and he is on an even shorter list of players whose long term or big money contracts seemed defensible. Does he deserve to make nearly 20% of next year’s payroll? Probably not but the A’s placed their cards on the table and have to pay the dealer.

The Oakland A’s knew that Coco Crisp would be 37 in the final vesting year of his contract. Age, unlike most things in baseball, is a pretty predictable variable and they took a gamble that he’d either miss the vesting option or be worth the money. The fact is, he’s somewhere in between but for all intents and purposes, the A’s have lost the bet and now he sits on the bench while prospects with a .067 batting average get regular playing time.

From the A’s side, it is plain to see that there probably isn’t a place for Crisp on the 2017 team and there’s certainly not the budget for him (although, where else are they spending the money?) and from Coco’s side, it is plain to see a disloyalty and a concerted effort to undermine their agreement. But, assuming that the A’s don’t let the contract vest so that they can use that payroll money to acquire a solid free agent starting pitcher, why would they come here?

Why do any players want to play in Oakland? The player facilities are among the worst in baseball, the crowds among the smallest, the playing time may be sporadic, and the paychecks may not be the best in the business. By Oakland actively trying to force a vesting option to cease vesting could potentially make agents think extra hard before negotiating for their client.

All of this may be a moot point, though, if Crisp is misinterpreting the team’s intentions but if it quacks like a duck, as they say. The least the A’s can do is treat Coco Crisp in a manner they treat all of their players. If it is advantageous to have Crisp pinch hit, do it. If it is advantageous to have him sit out, do it. But the only reason he isn’t playing is that ownership didn’t do the math before signing the contract, that’s as shady as Crisp thinks it may be.

Angry fans are always reminded that baseball is a business and that owners and managers can’t run things the way the fans would but a business is only as good as its word and if the A’s don’t at least give the illusion that they’re honoring their word it will hurt the team for a long time. When the day comes for the A’s to offer Sonny Gray a long term contract, the financial constraints of their budget will, most likely, require them to offer incentives or vesting options based on certain benchmarks. Having seen that Coco Crisp was maneuvered in a way to ensure those didn’t vest, why would Sonny agree to those terms?

The argument over whether Coco Crisp should be on the team next year is truly a secondary issue. The primary issue is whether their treatment of Crisp will adversely affect their ability to put together the teams they need to win in the future and all of this is said without knowing if the Players Association is planning or will plan to step in at any point.

The future success of the Oakland Athletics may be heavily tied to the handling of these next 40+ games whether they let the contract vest or not but it would sit much better with fans and players if it was clear what the team’s intentions truly were.