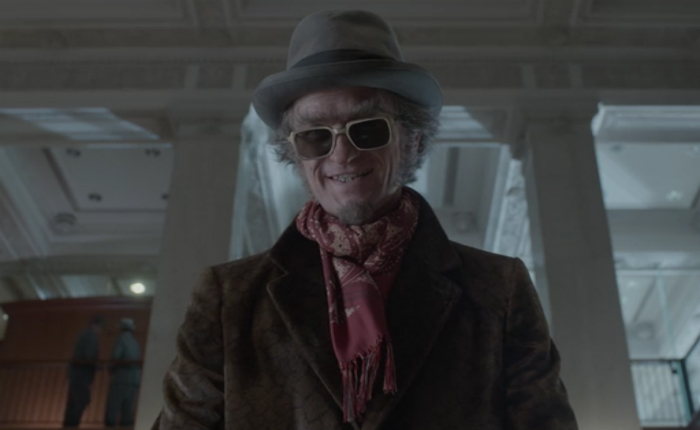 The Bad Beginning: Adapting book 1 of A Series of Unfortunate Events

I’ve been anxiously awaiting Netflix’s A Series of Unfortunate Events for quite some time. The word anxious here means excited, but also nervous about how it was going to be handled. Having now watched the whole season, I can put that anxiety away: they delivered.

Netflix has devoted two episodes to each book this season, already more time per story than the film from 2004, and that’s how I’m going to break down my analysis: by book. (I also won’t mention the film any further than to note that I’m happy James Newton Howard is the composer for the show as well, his score in both is excellent.)

The Bad Beginning, in Part One especially, fills the audience in on how this complex and heavily-narrated series is going to be translated for screen. It does so by making Lemony Snicket an active character who offers mysterious and sometimes-informative asides throughout. We first see Snicket (played solemnly by Patrick Warburton) in a dim tunnel, and he immediately suggests to us by matchlight to turn the show off and pick something else.

This opening scene is the crux of how the show retains my faith: it knows it’s a show. For another series I would be put off by that awareness. The tendency in self-reflexive media is usually to go over the top, but with A Series of Unfortunate Events it is an absolutely key aspect. Self-awareness is prevalent in the books, and the show wholeheartedly indulges in it. And the vehicle? Lemony Snicket: a character, a researcher, a journalist of sorts, and someone actually involved in the story. (Although it’s delightfully hard to figure out how.)

I credit this decision to Netflix, which actually brought Handler on as the writer of many of the episodes. When you take a look at the most successful Netflix shows, you see a trend that might be attributed to the way they collect viewer data. They pick content and shows that make a viewer say, Hey, I recognize that, and it gives a warm fuzzy feeling. Every time Francis Underwood looks at the camera, or there’s an in-joke in Arrested Development, this is the same feeling. With A Series of Unfortunate Events any book-readers will get the feeling almost constantly, even just in paying attention to the thousands of eye-insignias in the background.

I don’t mean to say you won’t enjoy the show if you haven’t read the books: Snicket makes sure to wrap you into the fold quickly, and here I return to the strength of Book One. Without giving too much away, Snicket begins to feed you information right away that will become important later. Sometimes it’s in terms of plot or backstory, or sometimes word definitions or smaller things that inevitably link back in. He also appears in specific and relevant settings. Sometimes in the actual setting of the Baudelaire orphans as an invisible choir, and sometimes in his cluttered study or a series of underground tunnels that seem to link up all of the places the orphans end up.

There are many exciting things that happen in The Bad Beginning, but I am trying wherever possible to avoid summarizing the show and talk more about style: it’s best you just watch it. Or don’t, as Snicket will try to persuade you.

The series feels like a storybook or stage play from the start. The sets are almost flat like dioramas, the colors are as if painted, and we are addressed directly. The framing of the camera almost always symmetrical, and the camera moves quadrilaterally, a word which here means forward, backward, to the left or right, and never at angles: think Wes Anderson. (HYPER) It brings us into Snicket’s research, his web, his mind. Everything is important, interconnected, and prompt, and the camera reflects that. Often pans, zooms, and camera reverses reveal important information in a dramatic way, and it all feels very meticulously crafted.

Some other small notes. In my mind the best performance in The Bad Beginning comes from Joan Cusack, but we will see how valuable and flexible Neil Patrick Harris becomes as the series proceeds. The reactions and (lime green) subtitles of Sunny (the baby) are as priceless as in the book. The episode, and each new book, begins with a typewritten dedication to Beatrice, Snicket’s ever-mysterious lost love.

And for those of the viewers that started as readers, there are two surprising cameos just at the end of the episode that indicates a backstory we have not been privy to in the book.