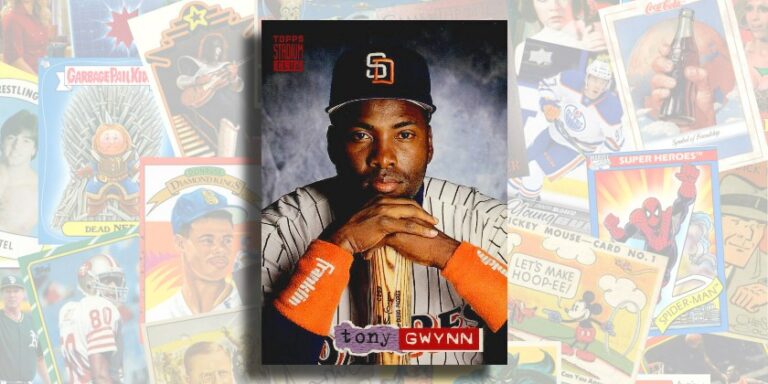 The 1994 Topps Stadium Club series was a massive collection of baseball cards with a base checklist weighing in at 720 cards. The set was released over three series — series one and two contained 270 cards and series three made up the final 180 — and featured a dramatically reimagined design which is quintessentially 90s.

There were several insert sets distributed throughout the three series’ of this edition. Standard packs contained 12 cards while jumbo packs contained 20 cards and improved the collation of inserts and parallels.

As was often the case, a separate “Members Only” factory set was released with a completely parallel set.

This checklist is organized by teams. You may scroll through the entire list or jump to a preferred team by selecting it from the list below. Clicking a link within the checklist will direct you to an affiliate retailer or to relevant eBay listings.