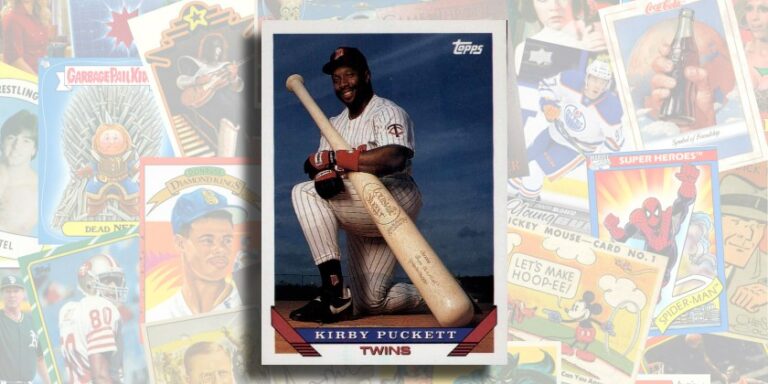 1993 Topps Baseball saw the trading card company return to a series based release of its flagship product for the first time since 1973. This set also broke a 12 year standard of releasing a 792 card checklist as this 825 card set is the largest since 1972.

The first Marlins and Rockies cards appear in this set as both expansion teams had their inaugural season in 1993. Topps commemorated the two newest MLB teams by issuing two full parallel sets, each containing a stamp for either the Rockies or Marlins.

One of the most famous cards from this checklist is probably #98, Derek Jeter. The Hall of Fame inductee’s rookie card, commemorating his 1992 draft, has been recreated as a part of the Topps Project 2020 series.

This checklist is organized by teams. Scroll through the entire list or jump to a preferred team by selecting them from the list below. Clicking a link within the checklist will direct you to an affiliate retailer or to relevant eBay listings.