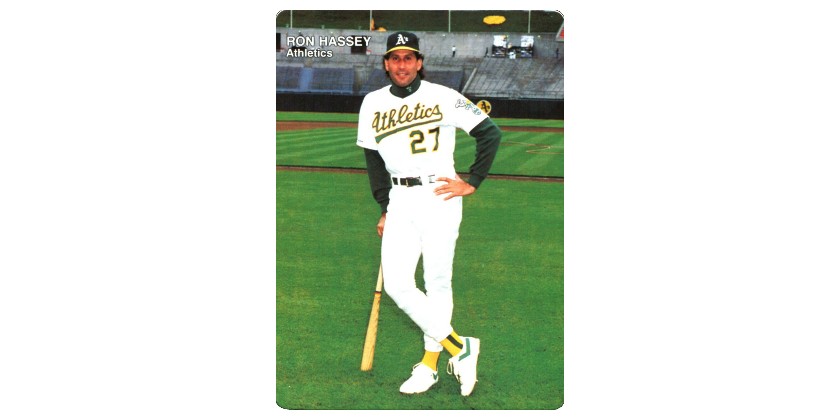 1990 Mother’s Cookies Oakland Athletics baseball cards featured the recent World Series winners in a few different configurations. The main set was 28 cards which included a card for coaches and a checklist that featured trainers and club managers, including Steve Vucinich who is the longest tenured Oakland employee ever.

Cards were issued as “prizes” in various Mother’s products as well as given away at games. A complete set was also available wrapped in a paper envelope. The design of the Mother’s cards are noteworthy for their glossy finish, thin cardstock, and rounded corners. The reverse side of the card lists some basic stats and has space for a player autograph to be obtained.

Clicking a link within the checklist will direct you to an affiliate retailer or to relevant eBay listings.