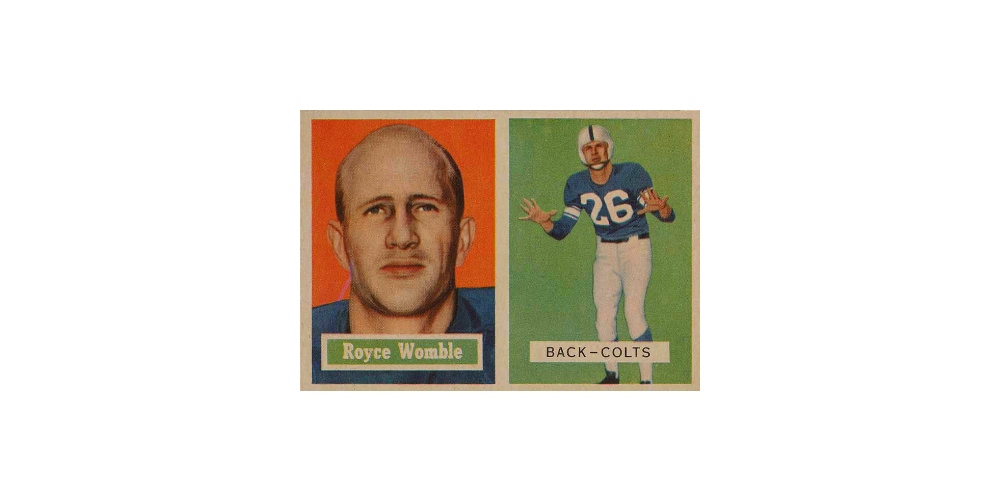 1957 Topps Football cards are one of the most recognizable designs in the hobby with a two image front that includes an “action” shot as well as a player headshot.

The second series of this collection is more rare than the first and makes up about half of the set.

The design for this series was used as a part of the 2016 Topps Throwback Thursday set. The packaging was also included in the 2018 Topps 80th Anniversary Wrapper Art series of on-demand trading cards.

Bill Sherman’s card (#58) comes with four variations. There is a card with no team or position listed on the front, a card with the word “back” listed but still no team, a card that says “Back – Rams” on the front, and a card that says “Halfback – Rams” on front. In January, 20202, a PSA 8 version of the card with no position or team listed sold for $430 but it is far from the most valuable card in the set. That honor belongs to card #119 (Bart Starr) which regularly sells for thousands of dollars.