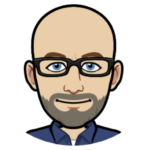 First off, give all the awards to Rhea Seehorn. That scene on the bus alone was a masterclass in underacting. Secondly, Carol Burnett remains a genius and her performance, though short, in this episode was breathtaking. A lot of folks believed she'd be the end of Gene and it looks like that's the case.

My only question: how are they going to wrap this up in one more episode?! We have, like, four story lines going right now and I'm sure most of them will merge into one, it seems like a lot to cover in an hour.

I thought it was masterful how the first glimpse of color in the Gene universe was an old Saul commercial (though I question how Marion was able to search enough of the web to piece it all together on a dial-up connection). This show just continues to surpass expectations even racing towards the finish line.

At one point, I had a theory that Kim would convince "Gene" to get back together with her and she'd lead the cops right to him. Cut to his front door opening and she's on the front step backed up by an army of police while "The Loser Takes It All" plays in the background but now with Marion having called the cops, who knows how it's going to pan out.

What are your thoughts? How did you feel about Saul's treatment of Kim in the divorce signing meeting? How does this show end next week?!